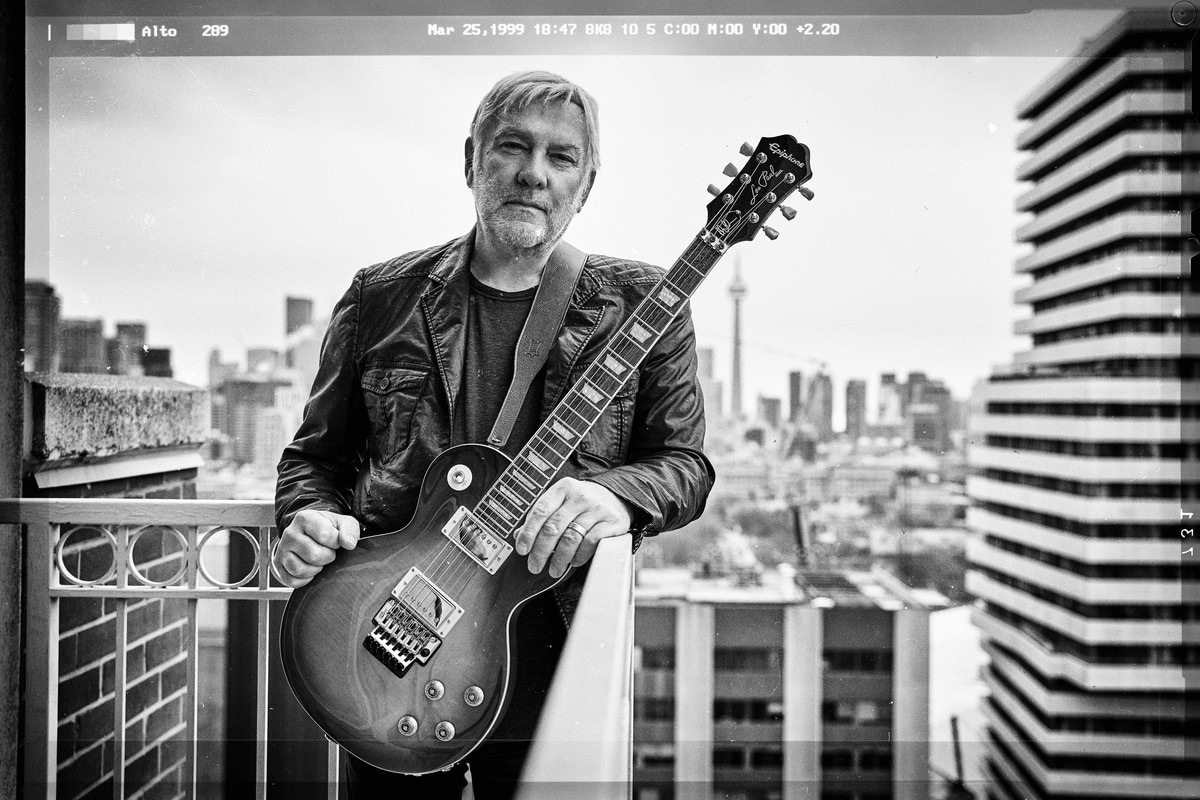 With a new band, a new album and the gift of his guitars, Alex Lifeson bids farewell to Rush

How to wrap 40 years of career? If you’re guitarist Alex Lifeson, it’s done with bubble wrap, a whisper, and a kiss.

The guitarist, who is known as the third of the legendary Canadian prog-rock trio Rush, recently decided to auction of 63 of his guitars for charity. Before parting with the instruments, he polished them, changed the strings and tuned them all. Each guitar case was then protectively wrapped in puffy plastic for delivery.

The hardest guitar to give away was his custom-built white 1976 Gibson ES-355, used on every Rush album from 1977. A farewell to kings until 1996 echo testand on tour until 2015. Before he was loaded into the moving truck, Lifeson spent time alone with him.

“I was whispering to her,” he said. “I asked, ‘Do you remember when we did that gig?’ It was a bit corny. Then I kissed the case, hugged him, and slowly led him to the truck. It was really, really hard, but I did it – I got through it.

It’s not hard to see the purge as a metaphor for Lifeson, putting his Rush days behind him. Although no official announcement was made at the time, it was in 2018 that Lifeson told The Globe and Mail that Rush, formed in Toronto in 1968, was more or less finished as a band. Two years later, drummer Neil Peart died of brain cancer. Lifeson has since sold his country home north of Toronto, moved back to the city full-time, and formed a new band.

This quartet is Envy of None, made up of Lifeson, Andy Curran of Coney Hatch, singer Maiah Wynne and musician/sound engineer Alfio Annibalini. Released this week, the band’s self-titled debut begins with the relentless pop of never said i love you and ends with western sunsetan acoustic guitar expression of grief that pays warm homage to Peart.

Alternately ambient and industrial, the album strays from the sounds normally associated with Lifeson. Not before the third ethereal track, look insidewe hear the type of signature lick expected from the 68-year-old guitarist – and even then, it’s used more for tone than as a song-carrying riff.

Not all of the guitars on the album are even Lifeson’s. Having Annibalini as a bandmate freed up Lifeson to be more exploratory. His own guitar sounds were manipulated with effects, sometimes to the point of being unrecognizable,

“I was trying to make a guitar sound as low as possible,” Lifeson said, speaking to The Globe on Zoom. “That was my goal, and it was a joy to do it.”

The 11-track album was made during the pandemic, with band members sending digital files back and forth. It’s a far cry from the lavish rock recordings of Lifeson’s past.

“The cost of making this record was barely hundreds of dollars,” he says. “It’s unbelievable to me, but that’s how it is now.”

It’s no surprise that Lifeson is surprised by today’s low budgets. The single album design for Rush’s 1981 album Animated picturesfor example, costs nearly $10,000 to produce. The price was so exorbitant that the band’s label at the time, Anthem Records, insisted that the band cover part of the bill themselves. (Some things haven’t changed – record labels can still count the beans with the best of them.)

Although the bulk of Rush’s records have been released on Canadian independent label Anthem, the trio’s final studio album, 2012 Clockwork Angels, was released on Roadrunner Records, a division of major label Warner Music Group. Ten years later, the music industry is a different world.

“Today you take an album to a record company, if you can find one, and they’re not interested in doing anything,” says Lifeson. “They could post it for you, but you have to pay for it all and promote it yourself on social media.”

Envy of None’s debut album was released on Kscope, a relatively obscure British label dedicated to progressive rock. Lifeson was pleased with the company’s enthusiasm and support. Thinking back to the “golden years” of the recording industry, as he calls them, Lifeson does not idealize the era of limo-sized excesses.

“Maybe young musicians now think things are exactly the way they should be, and that’s the best it’s ever been,” he says.

But don’t austerities take away the fun of being a rock star?

“It’s all relative,” says Lifeson, “Besides, being a rock star is overrated.”

Lifeson refers to those days as his post-Rush era. And yet, the Rock & Roll Hall of Fame group with around 40 million worldwide album sales to its name still remains relevant. During a halftime show at a football game this fall, the Ohio State University Marching Band played a choreographed medley of Rush classics, including The spirit of radio, limelight and Tom Sawyer.

On the merchandising side, Rush now has a signature beer (a golden beer made by Toronto’s Henderson Brewing Co.) and a Rush-themed pinball machine. And, with a tour kicking off this month, Californian rock band Primus will perform 1977 album Rush A farewell to kings in its entirety. The schedule includes 10 Canadian dates in nine cities.

“They’re our fans and they’re great musicians,” says Lifeson, who endorsed the project by gifting Primus’ Larry LaLonde one of his double-neck guitars. “Those things are feel-good things for sure. It makes you humble and a bit embarrassed.

Despite the homages to Rush that preserve the legacy, Lifeson’s energy is firmly focused on Envy of None. Although he says his touring days are “over”, a handful of shows are a possibility. The making of the album, his first major non-Rush project since his 1996 solo album Victorgave Lifeson a renewed sense of purpose.

“Look, I could sit down and play golf every day, which I did for many years,” says the 14 handicapper. “But music is what I know. I have the equipment. I can still play. I mean, why wouldn’t I do that?

Register for The Globe Arts & Lifestyle Newsletters for more news, features and advice delivered to your inbox.