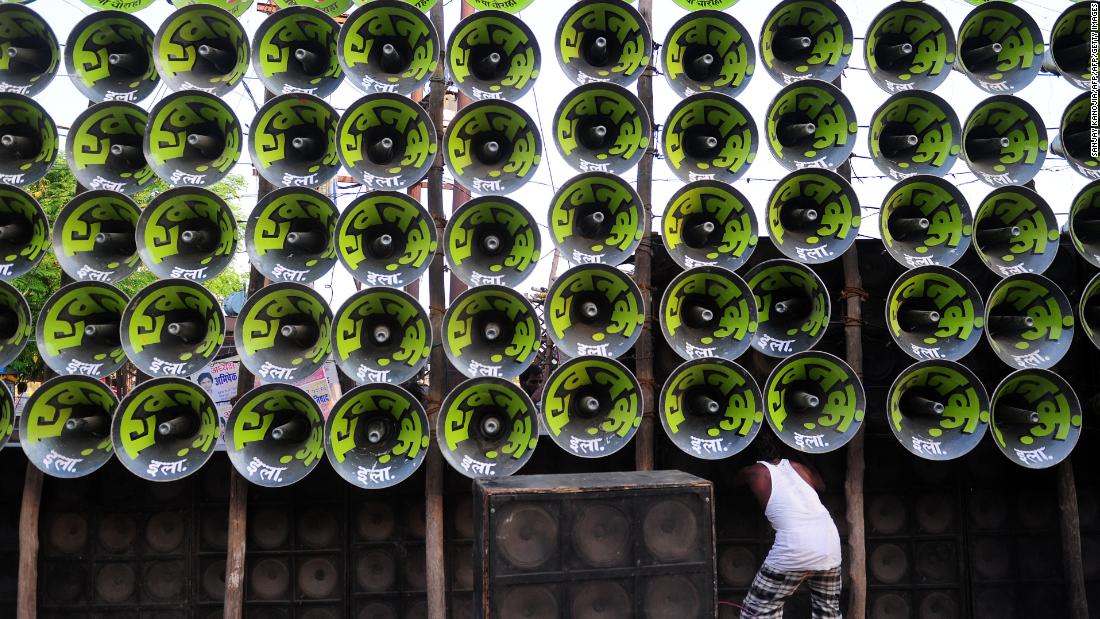 By: Loretta L. Guthrie
In: Music genre
The track, which mixes techno and trance, traditional Indian and religious folk music, and political slogans – at another point, a voice shouts “Hail Hindustan!” — has nearly nine million views on YouTube. Uploaded by a 20-year-old musician who goes by the name of DJ Lucky, its title translates to “100% Guarantee All Hindu Brothers Will Dance Continuously To This Track”.

It’s Bhakti Vibration – a new genre of intense electronic music from Uttar Pradesh, northern India, known for remixing the speeches of religious leaders, Bollywood stars and politicians, including the Indian Prime Minister Narendra Modi. While some of the tracks focus on Bhakti, Hindu devotional music, others take on a much more political, often vehemently nationalistic tone.

The thumbnail of a track by DJ Sandeep, a musician based in Faizabad in Uttar Pradesh, with over three million views on YouTube, reads: “Muslims better stay away”, while that the title translates to: “After watching this video, all Pakistanis will be touched. .” He samples patriotic Bollywood films and political speeches about sacrificing his life for the nation.

Despite the strong political overtones of many Bhakti Vibration tracks, including his own, DJ Lucky denies that he creates anything other than entertainment.

“I don’t make music to spread hate, as an artist I make music that people love and that I love,” he told CNN. In recent uploads it has added the warning in all caps, “NO INTENT TO HURT ANY RELIGIOUS OR FEELINGS OR TO DISRESPECT ANY PERSON OR VIEW IN ANY ASPECT.”
But for its detractors, Bhakti Vibration is anything but harmless. They see him as part of a rising wave of anti-Muslim sentiment in India, which has already sparked brutal lynchings and mob attacks.

Most of the DJs doing Bhakti Vibration tracks are young men in their teens and early twenties. In recent years, they have formed a strong online community, sharing tips on publishing, producing and promoting their music on YouTube.

The most popular songs from the new genre focus on religious devotion, and comments under YouTube videos often praise Hindu gods and call for unity among Hindus.

But to engage their followers and gain maximum reach online, DJs often choose provocative titles and samples for their tracks.

The tracks remix Sufi Islamic devotional music, sample political dialogue and use repetitive slogans like “Nara-e-Takbeer” or “God is great”. With tracks like “DJ Qawwali AK 47 mix” – in which gunshots are sampled alongside Sufi music – some tracks are as combative as Bhakti Vibration.

Shabnam Hashmi, a Muslim activist and founder of Act Now for Harmony and Democracy (ANHAD), a human rights group, said both sides were reacting to an increase in communal tensions in recent years.

According to Hashmi, “both (Bhakti Vibration and Miya Bhai) are very dangerous”, although she points out that Miya Bhai Electronica’s audience is arguably more limited.

If Bhakti Vibration has a home, it’s in Allahabad, officially known as Prayagraj, a town in Uttar Pradesh that hosts some six hundred DJs.

From mid-January, the city will host Kumbh Mela, one of the largest religious pilgrimages in the world. Millions of Hindus are expected to flock to Allahabad over a three month period.
In October 2018, the state government, led by Modi’s Bharatiya Janata Party (BJP), officially renamed Allahabad, dropping the nickname given to it by the Mughal Empire, a Muslim dynasty that ruled over a large part of India for several centuries. The new name, Prayagraj, means “place of sacrifice” in Sanskrit, and was seen by many as motivated by Hindu nationalism, or Hindutva: an ideology focused on reframing India’s historically diverse multi-faith culture and history. India as a distinctly Hindu culture and history.
For many Muslims, these name changes are part of a growing trend, where not only Muslim names, but also Muslims, are not welcome in the new India.

DJ Deepu is a rising star in the Prayagraj scene who started learning how to remix songs when he was 15 years old. Now 18, he runs his own studio in the city and teaches others how to DJ. At Bhakti Vibration events, he engages in DJ battles, taking on another musician while a crowd dances in the middle.

“The crowd wants to feel the vibrations, so whoever is able to produce the highest, most enjoyable vibrations wins,” Deepu told CNN.

Like DJ Lucky, Deepu’s success is fueled by a large following on YouTube, though his mostly focuses on Prayagraj. Having become a local celebrity, he is paid by event organizers or residential communities who hire DJs for religious festivals.

“We don’t play music in clubs or pubs – there is none in Allahabad. We play it for the public and our public loves to vibrate,” he said. “But since I have a studio, I can now participate in bigger projects.”

His most recent project was a song for a political party, which he declined to share with CNN. “It’s mostly filled with slogans,” Deepu said.

“Part of a larger trend”

Music and Hindu nationalism have a long and complex history, said Richard Williams, lecturer in ethnomusicology at SOAS, University of London.

“Since the beginning of the 19th century, many Hindu musical scholars in northern India have denounced Muslim musicians and blamed them for the alleged ‘degeneracy’ of classical music,” he said.

“Since then, Muslim musicians have been regularly cast aside in Indian music histories, and reformist groups have successively attempted to ‘purify’ Hindustani classical music as a form of sacred music, i.e. say Hindu.”

While many Bhakti Vibration DJs don’t see themselves as driven by communalism, Williams said it’s “fair to say they’re responding to popular demand from anti-Muslim, anti-Pakistani media. That’s part of a larger trend.

But DJ Lucky sees nothing wrong with Bhakti Vibration and rejects the suggestion that he is intentionally provocative.

“I make music because I love it, it’s my passion and my hobby,” he said. Although he said it may have gone too far, referring to an incident in which Bhakti Vibration was played outside a mosque, Lucky said his intention was not to promote hatred.

2019-01-12
Previous Post: The dangers of not using royalty-free music
Next Post: Alabama music maker Joshua Moore doesn’t want to limit himself to just one genre