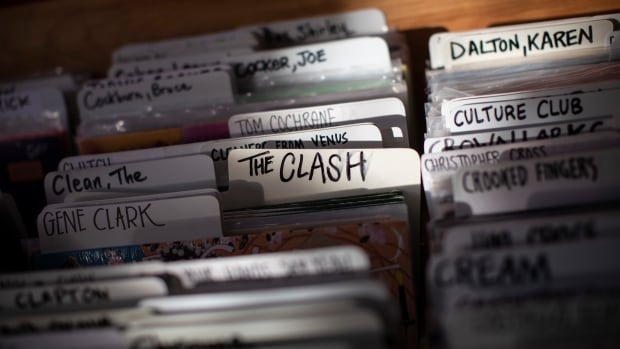 The lure of nostalgia is changing the music industry in Canada

If you’re like most Canadians, you’ve turned to a lot of old favorites.

According to a year-end report of music business magazine Billboard, 2021 was a year that music fans nationwide turned to “nostalgic favorites,” continuing a trend that began at the start of the COVID-19 pandemic.

While this includes re-recordings of old Taylor Swift albums from the past decade, it also extends further: According to Billboard, the best-selling rock album of 2021 was Queen’s The biggest hitsreleased in 1981.

And this shift in listening habits has transformed the way musicians market themselves to fans through social media and music streaming apps.

WATCH | Behind the scenes of Hayloft

When Mother Mother released O My Heart in 2008, there was one song that almost didn’t make it on the album. It was also the favorite of the group. The song was “Hayloft”, and at the time it was considered a little too weird, a little too offbeat for what was on the radio at the time. Twelve years later, it has become their biggest hit. This is the story of Hayloft. Song Cycle examines how some of Canada’s best songs were created and the surprising things that happened to them after they were released. 6:34

Torquill Campbell, singer-songwriter for Canadian band Stars, says musicians need to look for success in more places than in the past when they could focus on radio and television.

“Now you can be absolutely massive and be someone that no one who listens to terrestrial radio has ever heard of, until terrestrial radio started playing it in response to being massive on TikTok . So the tides have literally turned.”

That sentiment is echoed by Nicole Bell-Dupas, lead singer of Strange Breed, an all-queer, all-female alternative rock band based in Vancouver who released their debut album in 2019.

Bell-Dupas says even among millennials like her, the pull of nostalgia is strong, as evidenced by the When We Were Young festival in Las Vegas announced last week, which will feature early 2000s artists such as Avril Lavigne, My Chemical Romance and Paramore.

And while she understands she’s drawn to the past, Bell-Dupas says such nostalgia can make it difficult for new bands — like hers — to break into the market, especially when radio focuses on songs. established acts or those with a high number of streams.

🥀Second show added🥀
Due to overwhelming demand, we have decided to add a second day. Same schedule every day. pic.twitter.com/y0ua7lwI1B

“The biggest hurdle we face is radio,” she said. “And that’s all the bands we talk to, whether they’re right in front of us or behind us. It’s very difficult to get your music heard by the masses. Maybe that’s not what programmers are interested in, or you don’t have millions of streams of your entire album.”

Vinyl sales are also up

At Vancouver’s Red Cat Records, clerk Ford Pier says the mix of people looking for old and new music is roughly split down the middle, but one area is definitely leaning toward the past: vinyl, which, according to Billboard, saw a 21% increase in sales last year.

“When Red Cat started, there was no pressing of a new Pink Floyd record. As the format had a second or third life, the companies that controlled this material started making it for a buyer who wanted to get a new album that wouldn’t reach collector’s prices.”

With all this nostalgia and new music struggling to reach new audiences, what should bands do?

Campbell says it’s about staying close to the fans you have: his group Stars has set up a subscription page where paying members have access to online jam sessions and demos that might not appeal to a wider audience.

He says it’s about continuing to do “great things with great people” — and Bell-Dupas agrees.

“I think for new artists, know what makes you unique and do that and people will find you,” she said. “It doesn’t mean you’re going to be queen, but if you do it because you love her and people love her, I think you’ll have a lasting career.”

She also said that for new artists, it’s about managing expectations and realizing that the industry has changed.

“It doesn’t mean you have to fill stadiums or have an old-fashioned career because I don’t think that exists anymore. If it pays the bills, that’s great from my point of view.”