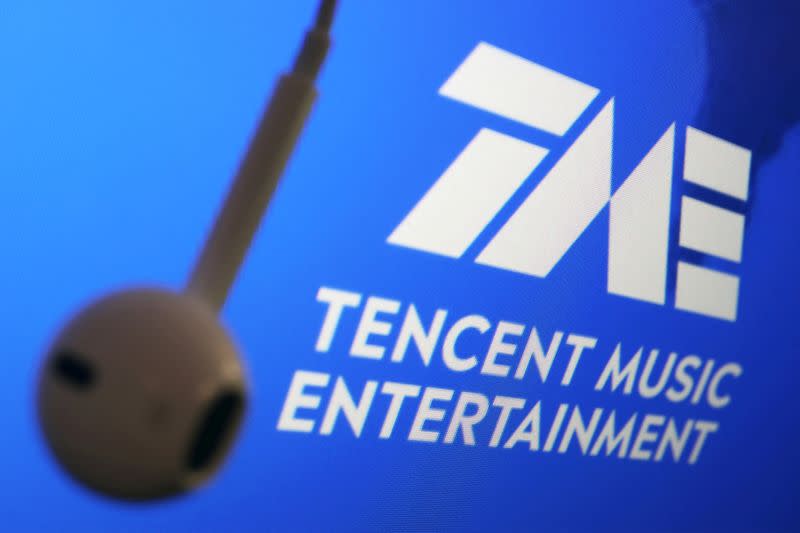 By Josh Ye and Eva Mathews

HONG KONG (Reuters) – China’s Tencent Music Entertainment posted a 15% drop in first-quarter revenue, matching expectations, but saw its shares join an industry-wide rise on Tuesday as the Hopes were growing for an easing of regulatory restrictions on Chinese tech giants.

In a sweeping crackdown on Chinese internet companies that began last year, regulators have stripped Tencent Music of its exclusive contracts with major music labels, spurring competition from rivals like Cloud Music and the short video sharing platform owned by Bytedance, Douyin.

Analysts said the drop in revenue was well flagged by Tencent Music and the shares gained 3.4% in after-hours trading in New York, as Chinese state media reported that the The country’s top policy advisory body was hosting a meeting on Tuesday with some companies on how to promote the digital economy. The Hang Seng TECH index in Hong Kong climbed 4.24%.

Tencent Music said revenue fell to 6.64 billion yuan ($979 million) in the first quarter ended March 31, partly due to lower advertising sales after a new wave of COVID-19 cases. in China. Net profit attributable to shareholders of the company fell by a third to 609 million yuan.

The company, 49% owned by tech giant Tencent Holdings, said its main revenue driver, social entertainment services, saw a 21% drop in quarterly sales. Paid users in the segment fell to 8.3 million from 9 million in the prior quarter.

“The company has given analysts a very low expectation ahead of time. And the decline seen in the social entertainment segment is also widely expected given the pressure from the macro economy and regulation,” said analyst Ivan Su. principal of equities at Morningstar.

The company also confirmed that its plan to seek a secondary listing in Hong Kong is “in an active execution phase”, without providing further details.

“We will strive to move things forward in an expedited manner and obtain the necessary regulatory approvals in a timely manner,” Cheuk Tung Yip, chief strategy officer of Tencent Music, said in a call with analysts.

The company said paid online music users increased by 4 million from the previous quarter, when it added about 5 million paid users. However, the average revenue per paid user fell in the first quarter, falling to 8.3 yuan from 9.3 yuan in the same period last year.

Yip said the company has deepened its cooperation with Tencent Holdings in an effort to increase revenue. In the coming quarters, the focus will be on promoting live streaming and live concerts on WeChat, Tencent’s flagship messaging platform with a user base of over 1 billion.

(Reporting by Josh Ye in Hong Kong and Eva Mathews in Bengaluru; Editing by Amy Caren Daniel and Kenneth Maxwell)