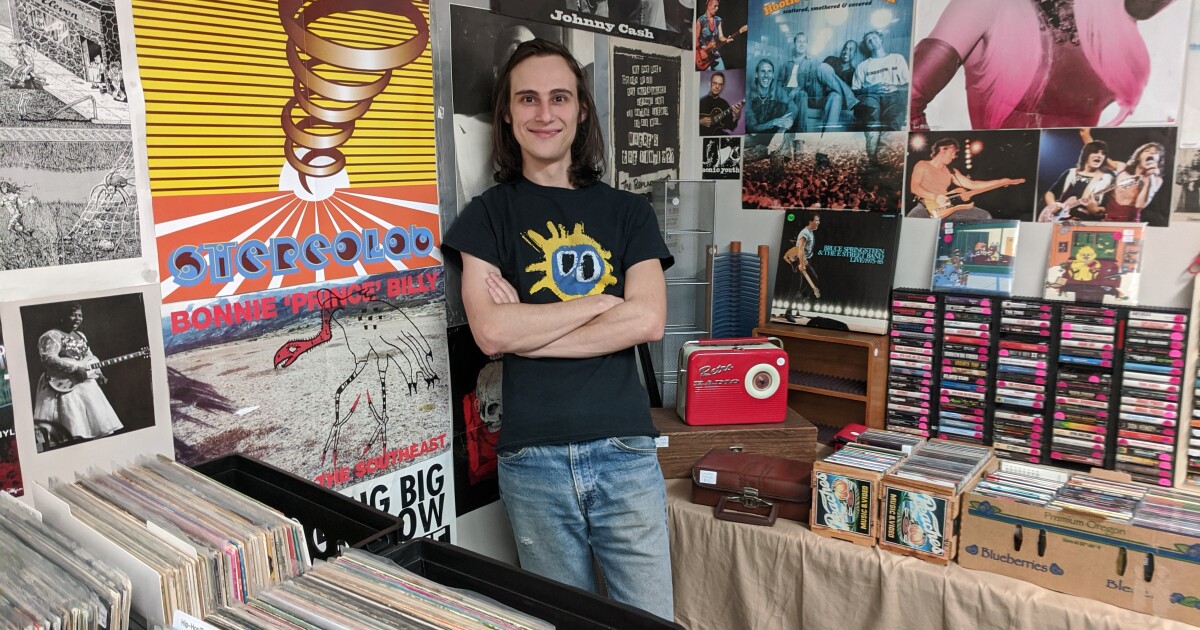 What was old becomes new again. Vinyl records are making a comeback, as are small independent record stores. The last such store in Tallahassee opened its doors the last weekend in March. The small establishment is located in a former jewelry and watch repair shop across from Lake Ella CVS. The owner actively welcomed a steady stream of curious visitors during the grand opening on Sunday.

“My name is Matthew Sampson. It’s ‘Real Cool Time Records’, he smiles by way of introduction.

Sampson knows a lot about music. He was a DJ at Florida State’s student radio station V-89. And he’s long been a big fan of old-school vinyl record albums. To the point of collecting and selling them has become a bit of an obsession.

“Estate sales, garage sales, I did the flea market for about a year and a half, then I started having dates at my house. I transformed the guest room of my house into a record store. And then I saved up enough money to rent this place.”

Widely considered an obsolete musical medium just a few decades ago, vinyl records are enjoying a resurgence today. An increasing amount of new music as well as remastered versions of old classics are being released on vinyl. Sampson says there’s just something intangible about having your tracks in tangible form.

“Even though streaming is very popular, people want to have the art and keep it as a physical medium. They want it. And that’s also the collectible aspect.”

Sampson’s records are used, so his prices are low. Most discs cost less than $10. And for those who want to try before they buy, it offers different ways for customers to preview their selections.

“We have the analog player and then we have the blue-tooth record player, so if anybody wants to try a record I can play one for the whole place to hear, but I can also put it on so they can plug in their headphones and listen to it while they shop.”

Although he doesn’t yet have the same amount of space, or the same amount of inventory, Sampson would like to one day see his store treated with the same respect as a legendary Tallahassee record store of long ago. A place on West Pensacola Street called Vinyl Fever.

“Unfortunately I moved here in 2013 so I just missed out on Vinyl Fever. But I’ve purchased many collections that still have these stickers on.”

And maybe one day, stickers that read “Real Cool Time Records” might be collectible as well.