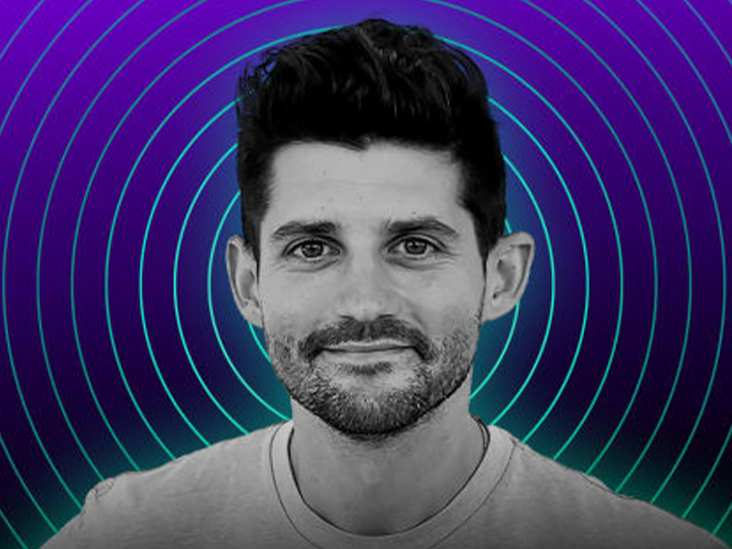 DiabetesMine spoke with Kramer in late November 2021 about his career and life with T1D, and how it all comes together to motivate him to recognize diabetes in the music curation world he’s in. invests professionally, while helping to raise awareness of T1D.

When and where were you diagnosed with T1D?

My dad was in the military when I was growing up, so I was born in Germany when he was stationed there. We then returned to South Carolina, then to Oklahoma, Georgia, Virginia, Tennessee and Kentucky. We were just north of Nashville in Clarksville, Kentucky, and that’s where I was diagnosed in the winter of 1994 when I was 10.

There had been a power outage in the house due to a big ice storm, and this is the first time I really remember having had symptoms of high blood sugar – stomach pain from hyperglycemia. I remember I had labeled two large bottles of Gatorade “for emergencies only”, but drank both because I was so thirsty.

My fifth-grade teacher said I was always going to pee a lot, and when we got to Nashville about 40 minutes away, we made so many stops for me. I looked so emaciated and had a coating of white sugar on my tongue. That’s when I was diagnosed at Fort Campbell Hospital, and they sent me by ambulance to Vanderbilt Hospital where I stayed for 2 weeks.

I didn’t fully appreciate what a lifelong disease was at that time, and for the first two years everything was fine before my insulin needs increased in middle school and high school. And I understood that I was not like the others, and that I would be very aware of these low and high feelings.

How did you first come to music?

I had been exposed to music at an early age, learning the piano with my grandmother who was a piano teacher. It was when we were in Tennessee, around the time I was diagnosed. She also played trombone in a vocal group all her life, so my family was musical, and I was always around her.

Really, I grew up with grunge and east and west coast hip-hop. I was in a band in high school and college and played drums. But I never thought I would be on the radio and I used to even make fun of it.

What finally pushed you towards radio?

Having a father in the military and moving around, we traveled long distances, especially in the Midwest. Thus, FM radio was eclipsed by the opportunity offered by XM satellite radio. I was obsessed with the whole idea. We used to listen to Casey Kasem in the car and I was a fan of radio, but when I hit the grunge part of my life I was about to “fuck mainstream music”. Eventually, I became more obsessed with presenting the music in a linear fashion. It’s an art form, and it’s one of the best ways to innovate and introduce people to new music – at that time, especially when they’re alone in their car or on travel. That’s how I came to the idea that radio was a crucial part of the music business.

My dad had an ethanol plant in Nebraska, and my brother and I used to drive to Nebraska for winters and summers to work for him. He gave XM to the whole family as a gift, for the trips. The very idea of ​​it being available without ads or signal dropouts was a big thing for us. I became obsessed with the technology that you could be anywhere and still be able to hear everything coming out of the satellite.

It was truly magical, and there were so many people who took me under their wing in those early years when satellite radio was still a relatively new concept.

When I was studying music in Denver, I interned for XM in Washington DC, and they hired me the following year. At that time, XM was not yet part of Sirius, it was more of a competitor. XM used high technology to process the audio into digital, and the quality was so much better at XM.

When they merged and a lot of people were made redundant, luckily I wasn’t one of them. I pretty much kept my head down and stayed in the studio, and it was truly a magical experience to have so many mentors and exposure to artists coming through these high-tech studios.

The culture was truly revolutionary and the companies were full of people who were fed up with the industry and what became the downfall of commercial radio. This expanded playlists and added more new music and diversity and a plethora of channels for whatever subscribers might want to listen to.

I did a lot of adult pop and rock early on when I was a production assistant, but my heart was really drawn to dance music. EDM (electronic dance music) was a mainstream XM channel at the time, and I cut my teeth on dance music technology in particular. I proposed my show as a new musical offer, with 1 to 2 hours of new artists.

Why did you focus on EDM music?

I realized pretty quickly in my first year of programming that there was a lot of artwork that wasn’t playing. That’s really where my heart has been, discovering dance music. It was around this time in the mid-2000s that America was really introduced to the EDM bubble that had been such a phenomenon in Europe for decades. For me, it was really an incredible moment to see some of the early artists who are now creating a lot in this industry.

So that led you to Spotify and beyond?

It was still new technology for America in 2015, having been founded in Sweden. They wanted to understand genres instead of just having playlists, so that was my next job. I created all the dance and electronic music playlists that represented each subgenre and created the playlists that are still available under the “dance music” category. They were my babies, and I did this for 5 years.

Then my wife and I wanted to move to Florida, and I considered the task complete with all the subgenres represented best, and there were plenty of opportunities for new music to be heard on Spotify. It blooms today.

Has diabetes impacted your work in the music industry?

Traveling really triggered me, doing live shows, especially late at night and early in the morning. It was a lot of stress on my body with diabetes, so getting a CGM (continuous blood glucose monitor) made a big difference for me. I had had several lows over time, and my roommates and my boss had to save me. It literally changed my life when my doctor recommended CGM. I have been using Dexcom since 2014.

What is your new business?

I wanted to be back on the creative side of music, which goes back to how I played in a band when I was younger. I wanted this so badly again, and we were tired of being in a small apartment in New York without a car, so we went back to our roots and moved to Florida.

Today, I help new artists and labels and managers break into the industry within the current dance music framework. I help them find best practices, while launching a radio show. It was on my bucket list for many years.

The obsession with creating playlists and platforms, digital subscription music consumption is awesome and it’s the current trend. But what I was missing was a real introduction to the artists, like what I had done before. I missed this one-on-one with artists, about “Why did you make this song?” and “What does it mean?“It’s so much about the emotional state of how a song is written, and we kind of lost that. There’s so much to choose from, but there’s not as much appreciation for why someone created a song. It’s so sad for me, and I want to emphasize it as much as possible.

I didn’t have that on Spotify, and I missed it, so that’s what I’m doing now.

My new weekly show that started in April 2021 is “UNreleased”, on Tomorrowland radio online, and it’s a live stream on YouTube. I’m always looking for what’s the new song, the new artist and I put forward new songs every week.

I’ve been creating this playlist for over a decade and finally got to launch it for Diabetes Awareness Month in November. It was a great find because I’ve kept a short list of people over the years who are related to diabetes – themselves, siblings, children or parents, best friends – any affiliation.

This is what my “DiaBeats” playlist represents of artists with any affiliation with diabetes. It can be artists from classic rock, soul, R&B, dance, crossover genres, not just dance music. It is truly meant to inject positivity and uplifting sentiment into the ecosystem. This is a really particular hypothesis of a playlist.

While other playlists may be focused on sound or acoustics, this one is not. It’s based on an uplifting vibe, yes, but it’s music made by those affected by diabetes in one way or another.

Whenever I interviewed artists, I was always curious to know what they thought when they saw this CGM sensor on me or when they saw me talking about it on social media. It would probably be very interesting to them, but they might never talk about it. Or they could even be related to someone with diabetes, but there was no platform to discuss it. Not that they need it, but it’s in the same realm of delving into who the artist is and what influences their music. We might have that link, but people might not know about it, and it would never be discussed. That’s what it feels like, and there’s a “where were you?” moment.

My song “Dex In Me Belly” also features my mom and dad singing, bee-bopping. So it’s fun too.

I finally released this playlist, but it is not finished and it is adjusted daily. You hear about new situations all the time, and there’s always new music to find. Hopefully, this can be a way for dance artists – and all artists – to feel safe under this umbrella in a positive way.