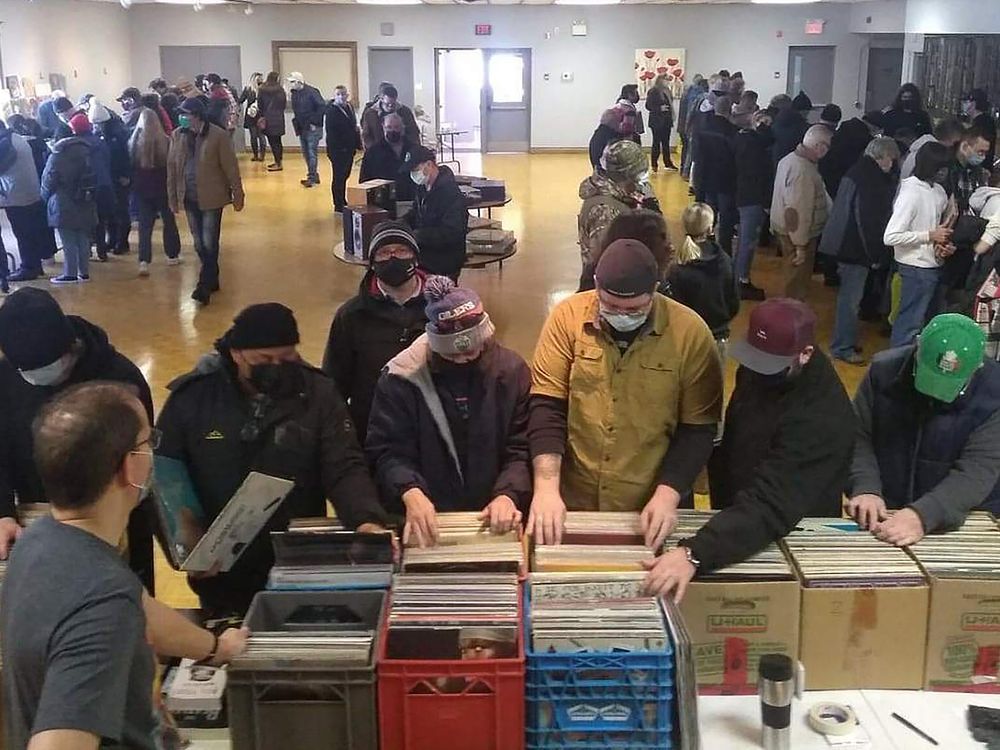 A group of record collectors are planning more regular sales in Sarnia and Brantford at shows that will also benefit local Legion halls.

“At least twice a year” for both cities, said Paul Partington, one of the organizers of the SW Ontario Legion Record Shows group.

The group’s last show in Sarnia, held during a snowstorm in February, raised $810 for Royal Canadian Legion Branch 62 through a $2 admission fee, he said.

About half of the turnout was expected, Partington noted.

“We had a line outside the door, around the corner and through the parking lot,” he said. “Obviously there’s a need for that sort of thing in Sarnia.

Partington, who grew up in Sarnia, has a collection of around 2,500 records that he has accumulated over several years and says he regularly sources newer and better copies.

About 16 vendors are expected at the 9/11 sale at the Legion’s Front Street branch in Sarnia, he said. The sale starts at 10 a.m. and sellers pack up their unsold records at 3 p.m.

A snowstorm at the Feb. 19 show limited vendors to eight or nine, he said.

Customers can therefore expect more records this time around, he said, noting that the music for sale covers punk, classic rock, heavy metal, rap, funk and others. genres. Most are used discs, but some are new.

“There is everything,” he says.

This summer, the band also hosted a show in Grand Bend, but it wasn’t as crowded, Partington said.

The demand in Sarnia is likely due to a void left after the former Cheeky Monkey music store closed last September, he said.

“With Cheeky Monkey closing, leaving that hole, I think that’s something people in the record collecting community can look forward to,” he said.

“Hopefully they can go back when the weather is much nicer,” he said.

2022-08-30
Previous Post: Selena Gomez – A versatile actress and a pop star
Next Post: For many, the new school year is music to the ear | News, Sports, Jobs