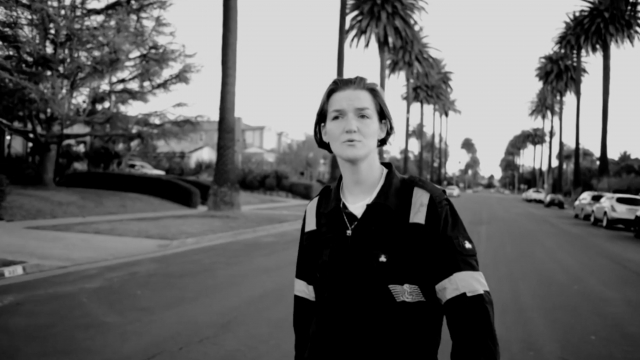 Semler grew up as the child of a priest. Now they make music about their lives and the rejection they faced in the church.

Although they don’t consider themselves a Christian artist, singer Semler, who identifies as non-binary, has risen to number one on the iTunes Christian music charts.

“I never really talked about my faith,” Semler said. “It’s something I buried for a long time because I wasn’t ready to unpack it.”

Their album, titled “Preacher’s Kid”, is based on their experiences as the queer child of an Episcopal priest.

“I was raised and conditioned in a church society and culture that was pretty, I would say vague, or kind of treated LGBTQ people like a taboo thing that we’re not going to talk about,” Semler said. .

This subtle rejection shines through in songs like “Youth Group”, which notes “Be nice to yourself. Take care of that kid. You’re not what they said you were.”

“The music that comes out of me is this expression of belief, doubt and complicated feelings about my upbringing, but also this divine sense of peace that I try to cultivate in my life,” Semler said.

While reception has been good for Semler in some circles, you won’t hear them on contemporary Christian music stations. Online debates have sparked conversations about what really makes Christian music.

“That’s what drives me crazy with Christian music,” Semler said. “It’s so sanitized, and I think having faith is a very rich thing, but it’s complicated, it’s messy, it’s funny.”

They say the younger generation demands rawness. Other artists like Andy Mineo and Lecrae have tackled topics like mental illness, racism and politics – often to the rejection of some Christian fans.

In 2016, former Everyday Sunday singer Trey Pearson told his fans that he was gay. The band broke up shortly after.

According to data compiled by the Williams Institute at UCLA, approximately 40% of LGBT adults between the ages of 18 and 34 are religious.

The majority of Christian denominations have grown in their acceptance of same-sex marriage. Black Protestants remain among the lowest with white evangelicals, according to a survey by the Public Religion Research Institute.

Disagreements over the place of the LGTBQ community within church leadership have led to splits in denominations.

Semler says they accept that their music isn’t for everyone.

“I think ‘Preacher’s Kid’ resonates especially well with other preachers’ kids, but I think the notion of being kind to yourself and that you’re worthy of the love and care and tenderness you don’t you may not have received as a child is a more universal feeling,” Semler said.