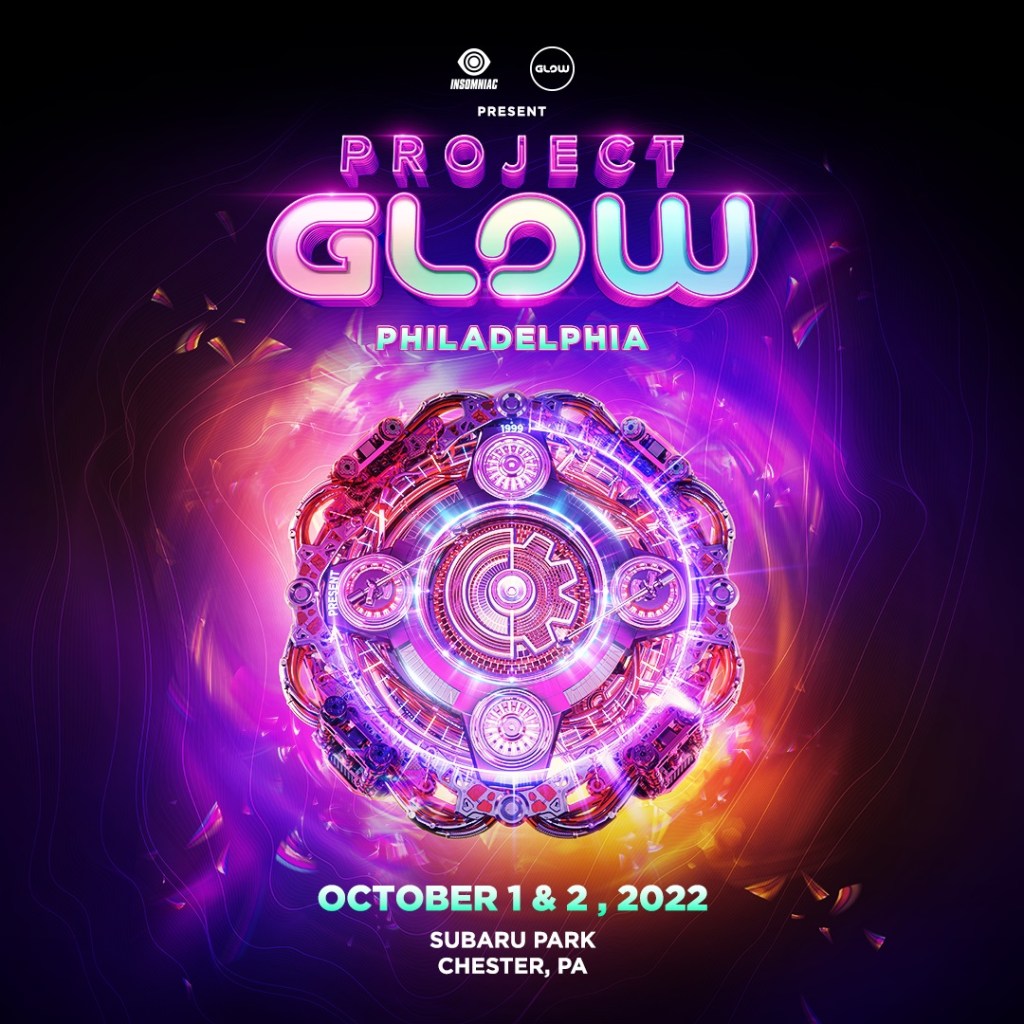 Project Glow Festival is coming to Subaru Park in October

Project Glow Festival has announced its lineup of artists for the two-day electronic music festival which kicks off at Subaru Park in Chester on October 1-2. The growing festival from the world’s largest live events company, Insomniac, and East Coast dance music powerhouse, Club Glow, will host a collection of talent combining decades of success from the dance music while providing a platform for some of the best in the region. -stars to come.

Beyond music, Project Glow is also proud to announce its partnership with Children’s Hospital of Philadelphia, pledging to provide festival funds and artistic resources to multiple therapy programs designed for healing through creative expression. Tickets are on sale now at ProjectGlowFest.coma portion of each ticket sold being donated to Children’s Hospital of Philadelphia.

Project Glow Philadelphia welcomes back Martin Garrix after his headlining performance at the first Project Glow DC A staple of the Club Glow nightlife circuit having performed to several sold-out crowds since debuting at Echostage in 2015, the Dutch superstar producer will bring his multi-platinum dance anthems back to the Project Glow stage.

Fueled by Insomniac and Club Glow’s interest in giving back in impactful ways to its host city, today’s news also highlights the festival’s partnership with Children’s Hospital of Philadelphia. Two CHOP programs helping children on their healing journey, music therapy and dance and movement therapy, will receive support from Project Glow, with the festival donating a portion of all ticket sales to both programs. Beyond the monetary donation, artists and team members from CHOP and Project Glow will collaborate to organize specialized experiences and entertainment for pediatric patients.

Project Glow Philadelphia’s lineup of artists includes the elite artists below, with more to be announced:

While the Pulse Stage design represents the timeless sounds of electronic music, the Pulse Stage’s immersive 360-degree music experience with a sea of ​​LED lights and audience-positioned video towers will host the hottest hits from the dance floor of Insomniac Records and the heavy-hitting sounds of Bassrush.

Welcoming those from across the East Coast to experience the electronic community that has been built in the district, dance music culture has been embedded in Washington, DC for over 20 years. Recognizing the connection to Philadelphia and all who have traveled over the years to the world’s #1 nightlife venue, Echostage, as well as the first-ever Project Glow Festival in April, Philadelphia is the place to sit at the top of the expanding list for Insomniac and Club Glow.

Home to Major League Soccer’s Philadelphia Union team, the next edition of Project Glow will transform the festival grounds outside of the state-of-the-art Subaru Park stadium along the bank of the Delaware River. Conveniently located next to the Commodore Barry Bridge, Project Glow Philadelphia is easily accessible from neighboring New Jersey and adds to the Northeast’s live entertainment offering. Project Glow Philadelphia is presented in partnership with Live Nation Philadelphia, a leader in the region for music events and festivals (including Hi-Jinx) of all genres.

2022-06-12
Previous Post: Around Town: Foundation’s $100 Million Gift to Stanford Children’s Hospital Will Have ‘Transformational Impact’ | New
Next Post: Beabadoobee is on the cover of the July issue of Music Week | Media