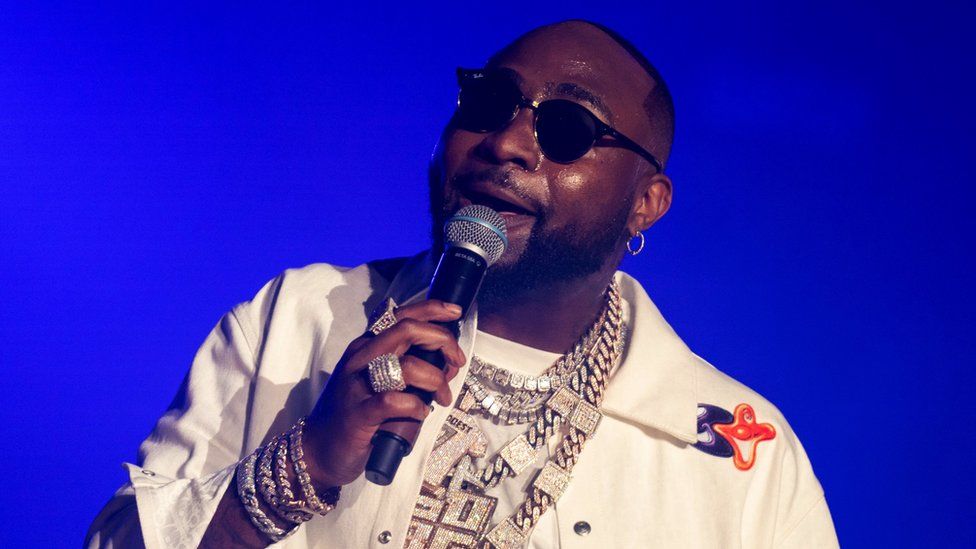 Other things excite me more than music – Davido

When Nigerian Afrobeats star Davido talks about music, he is calm and serene. But talk about politics or charity work and he jumps out of his chair.

“I’ve been making music for 11 years,” he told the BBC’s DJ Edu. “Other things turn me on more,” he continued while insisting that he was still determined to make music.

He is embarking on the making of a documentary with Netflix, which he describes as “one of a kind”.

It will be like “Fear Factor” but with girls and tasks. The winner earns “a lot of money” and can go on tour with him.

“Politics gives me a headache”

Outside of music, he loves news and politics, he says, but he doesn’t see himself changing his career anytime soon because everything in the country is so chaotic.

“It just gives me a headache,” he said.

“I can’t destroy all my years of entertainment, make people happy, and then move on to [be a] politician and my whole career as Davido and all the good things I’ve done for myself are going away because that’s exactly what’s going to happen,” he said.

“A lot of them end up destroying their legacy,” he added, referring to high profile people who entered politics.

Legacy is important to him. He wants to be remembered for being a path maker, creating opportunities, changing minds and lives.

He ended up making more money than expected, having originally written the tweet more as a joke than a serious appeal to fans to send him money.

“I got drunk and tweeted my account number,” he said. But his relatives encouraged him to keep the money for himself. “All night I had people saying to me, ‘Yo, it’s your money'”.

But it was his father, billionaire businessman Adedeji Adeleke, who convinced Davido to add his personal money to the amount and donate it.

It took him and his team three months to compile a list of nearly 300 orphanages to donate to. He plans to make donations every year, he said.

Starting out in the industry more than a decade ago, Davido said he took an unconventional path compared to other members of his family.

For the Adelekes, the ‘master plan’ was to go to school and then ‘go to work for dad’. But he did not follow this pattern.

“My late mum and busy dad at work gave me time to find myself” and that’s when music became his focus. He even “missed” school because it was such a distraction.

His main goal early in his career was to become known in the United States as Akon, but eventually he realized that the African sound was where his passions lay.

Initially skeptical of his son’s music career, it wasn’t until Davido released his hit song Dami Duro in 2012 that his father saw how far he could go in the industry.

From then on, his father’s “billionaire friends” call to convince Mr. Adeleke to let Davido continue the music. They liked his sound.

A decade later, Davido is in London for a sold-out concert at the O2 Arena.

But early in his career he didn’t always feel so welcome in the UK: “I’d rather go home and be treated like royalty than go somewhere else and not be respected.

But, “times are different,” he commented, and the Afrobeats genre is now getting the respect it deserves, with Davido among several stars to have built a global following.

“As the culture grows, the venues get bigger, the songs gain recognition and it’s amazing to see. It’s become a separate genre, which is incredible.