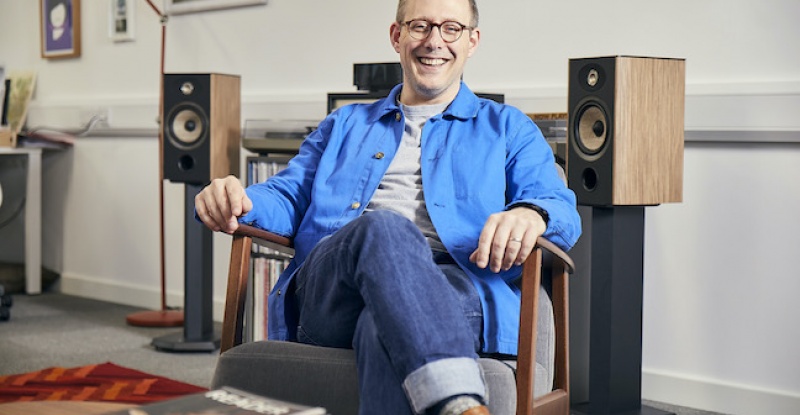 Music industry lawyer Richard Hoare, whose clients include AJ Tracey and Glastonbury Festival, collaborated with colleague Andrew Gummer on Do/Deal, a new book that breaks down the art of negotiation over 11 chapters.

The book was created to be a ready-to-use toolkit to help artists, managers and the entire industry approach the negotiating table and navigate the process with “credibility, composure and confidence. “, according to the authors.

Hoare and Gummer, whose clients include pink floyd, have over 50 years of experience in the music industry. The pair are opening up about their history of striking deals with major labels and forming lasting partnerships. With examples such as Michael Eavis, Bonobo, Spotify, Richard AnwiDave Okumu and even Love Island, the authors aim to show that making music chords can be a creative and collaborative experience that can build trust towards long-term relationships.

Hoare Associates was established five years ago after a decade working at Clintons. Based in Somerset, they maintain a diverse roster which currently includes AJ Tracey, Burial, Bonobo, Kelis, Joel Corry and Glastonbury Festival.

Here, Richard Hoare, a graduate of Harvard Business School’s Negotiation Mastery program, explains why they want to take the discussion away from the stereotypical battleground of closing deals in the music business…

In recent years, it has been difficult to escape the headlines of colossal deals worth hundreds of millions of dollars. These price tags usually mean a one-time lump sum for the redemption of all rights and revenue. Often this may be the last agreement the artist signs in relation to those rights.

In 2020, Spotify reported that over 13,000 artists earned over $50,000 in royalties. These numbers are undoubtedly growing, but we suspect that only a tiny proportion of these artists are likely to sign mega deals like the ones mentioned above.

For the vast majority of artists, there is a trend towards shorter contracts, which evolve and develop at the pace of the artists’ careers. Indeed, for many artists and labels, the meaning of the word “deal” itself is undergoing a subtle but important change.

Attention turns from a noun “the deal”, i.e. the thing, the one-time and lasting transaction, the great advance, etc., and to the verb “deal”, i.e. ie how we deal with our partners in the music industry, the living and breathing relationship between the parties, and how that flexes and adapts to changing times.

Having trained as a lawyer in the 2000s, I was at the forefront of extraordinary negotiations. The lawyers I trained alongside mostly acted on the artist side, and at that time, the deal was everything.

For better or worse, there was a culture of constantly pushing the envelope: bigger advances, higher royalties, elusive “two-company” commitments. At the same time, labels were increasingly looking for a stake in the larger artist business (the birth of the 360 ​​deal and labels seeking a share of ancillary revenue streams such as live and merch).

It all looked amazing on paper, and many artists, managers, and lawyers rightly celebrated huge “victories” in securing mega-deals. In reality, however, things often didn’t go so well… Once signed off, this focus on capturing all that value early in an artist’s career, distilling it onto a single piece of paper, could become heavy and risky.

For the vast majority of artists, we are seeing a trend towards shorter contracts, which is evolving and growing

Consider this in the context of a big issue from a few years ago.

Some lawyers I knew were involved in renegotiating a wildly successful band’s new record deal with their longtime label.

The artist/lawyer/manager’s view was that this was a groundbreaking deal, vast upfront advancements, unprecedented royalty rates, a significant commitment to marketing spend, and a short period of almost unprecedented rights.

Speaking to the artist team at the time, you’d be forgiven for thinking it was the biggest deal ever made.

But let’s also look at it from the other side of the table.

Having lunch with the label president shortly after the deal was signed, he looked haunted. The negotiation had been a deadly affair, the artist team knew that the label would do almost anything to keep this artist, and as you can imagine, the threat throughout the negotiation (implicitly or explicitly) was that if the deal wasn’t done on terms they liked, they would move on to a competing label.

The president said that if he accepted that the artist’s team had every right to demand such extraordinary conditions, he feared that it would end up being counterproductive: the level of expenditure to which he had engaged was just plain terrifying – it meant that unless the next record drastically exceeded the performance of previous records (which had all performed very well), then the deal would quickly start to look untenable.

The real danger for the artist was that the creative freedom and risk-taking that had until then contributed to the success of the records would quickly be stifled.

Worse still, the negotiation being so radically one-sided (plus the fact that it was conducted against the threat of leaving the label) meant that any trust or collaborative spirit between the label and the artist may have been damaged beyond repair.

About five years after this negotiation, the artist in question has practically disappeared from the charts. The inventive and lucrative deal they signed probably offered little consolation.

In the book Do/Deal, it is this idea of ​​the verb “to deal” that interests us and we explore different case studies that characterize a more collaborative and mutual approach to this process.

While writing the book, we looked at examples such as BonobosThe long and successful collaboration of with Ninja Tune, where historically the agreements themselves have been quite short and sweet, but the relationship has grown and developed over six albums.

None of this means big deals have no place in the modern music industry.

We also look at how the Glastonbury Festival (which measures many of its significant relationships in decades, not years) takes a long-term, collaborative approach, and certainly cannot be characterized or defined by one big issue.

Finally, we look outside the music industry to a 350-year-old family business that has retained customers not just for decades, but for generations.

These examples are not only undeniable successes, but are also based on principles of more lasting relationships and mutual respect. Typical characteristics we find in these types of relationships can include much shorter exclusivity periods, relatively lower initial outlays, and a much greater focus on balancing the respective rights and obligations of both parties.

None of this means big deals have no place in the modern music industry. The kind of catalog acquisition deals mentioned at the top of this article will always be very expensive – but in these cases the “work” has already been done and we often aren’t as concerned about an artist’s continued output. . Similarly, creating long-term partnerships that help build the household names of tomorrow will often require a significant up-front investment, and it’s natural to expect a long-term commitment from both parties when large sums are involved.

But it feels like we’ve moved from a time when the default goal should be to get “the best deal” (whatever that might mean) and now we’re at a point where “how we deal” with our partners, day by day, record by record, is becoming more and more the main focus.

2022-05-10
Previous Post: Inside the $23.5million home that could break California’s local record
Next Post: Nevermind ? Thoughts on Negotiations in the Modern Music Industry | notice | Notice