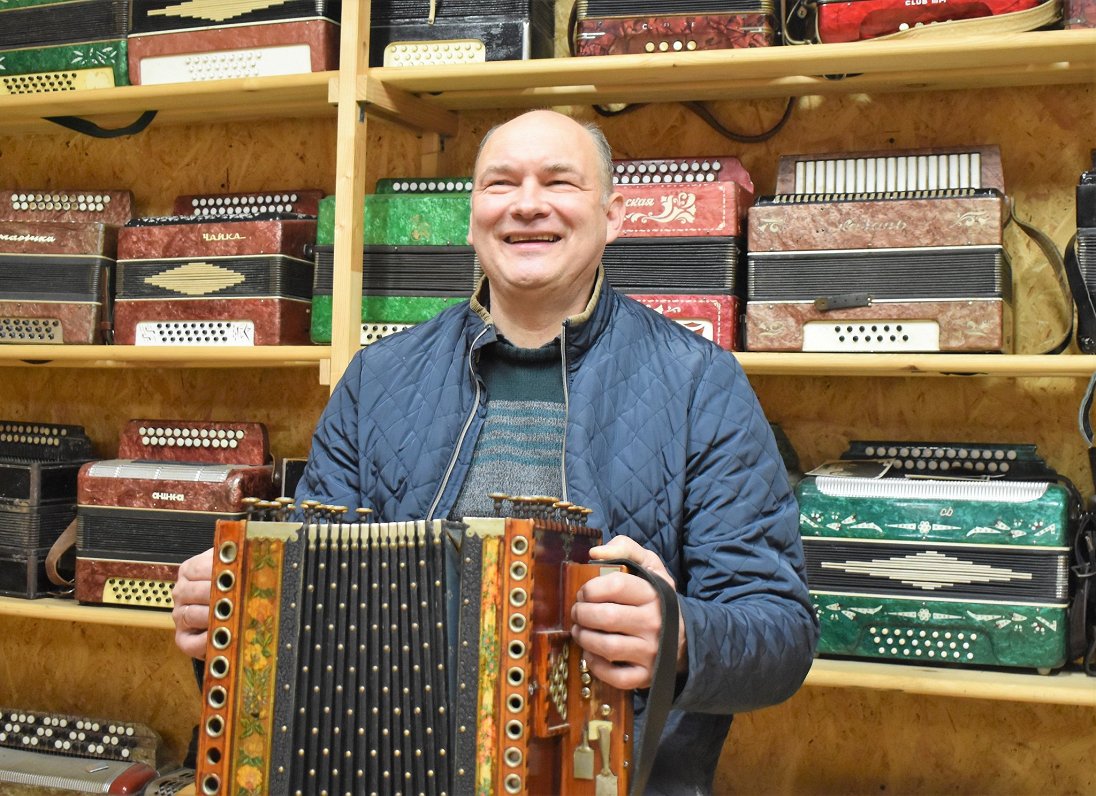 A few years ago, a tourist campaign was launched which presented Latvia as “the land that sings”. To see this melodic gene in action, a great starting point is Gaigalava, 240 kilometers east of Riga.

In this pretty village in the heart of Latgale, Gunārs Igaunis brings harmony to the ear in many ways. It builds innovative new instruments, has amassed a unique collection of historical instruments, and offers visitors from everywhere hands-on workshops that thrill everyone.

“In the end, everyone makes music, even people who don’t consider themselves musicians at all!” Gunars said.

After graduating from the Latvian Academy of Music, Gunārs became a music teacher in his local district. In the chaotic early years of independence, schools in the area could not afford xylophones and other instruments, so Gunārs started making them in his garage. By the late 1990s, cheap Chinese imports had ended the shortages, so he turned to making traditional Latvian drums, zithers and kokles.

He also designed a “sound bed,” an intriguing instrument with health and wellness applications. As the patient lies on a wooden platform, music played on a keyboard below sends soothing waves through their body. Flip the keyboard over and it can be used to help with hand trauma rehabilitation.

If further proof of Gunārs’ industrious nature is needed, he also brews moonshine to give tourists a taste of his native region.

“We have ancient traditions of moonlighting. After all, Latgale shares a border with three other countries, and we’ve borrowed a thing or two from them over the centuries – some good, some not so good,” he laughs.

During the winter, when the orders for new instruments die out, Gunārs takes care of repairing the accordions. Over the years, people donated old ones they no longer needed, and he gradually acquired a unique collection. In the photo in this article, he poses with a historic accordion made by Augusts Ieviņš, who founded an accordion factory in Valmiera in the 1930s and ran a music store on Kr. Barona iela in central Riga, until it was closed by the Soviet regime after the war.

Gunārs’ collection also includes zithers made in Latvia in the early 1990s, some with ready-made chord producing buttons, making them prototype synthesizers. There are also harmonicas that recall a forgotten chapter in history; before World War I, many residents of Latgale worked in St. Petersburg and brought home the melodious beaks.

“Some came back with women, others just harmonicas,” he says.

Gunārs considers himself an accomplished kokle and accordion player and can also play a few other instruments. Together with his wife Rasma and his daughters Liene, Marta and Laima, he performs in the ensemble Igauņu ģimene (The Igaunis Family, see the video below). The group performed well on national television shows and toured throughout Europe and the United States. They can’t wait to do live shows again after the lockdown is lifted.

When it comes to national singing talent, Gunārs sees room for improvement. Whereas people used to make their own music, today most people are just consumers of it. He is shocked that few young people even know classic folk songs like “Rīga dimd”.

“Because of progress, we are silent,” he laments. “Even on New Year’s Eve, it takes a big effort to sing, because all night long the radio is noisy in the background.”

Gunārs advice is to get back to the do-it-yourself spirit. And even in major competitions, passion counts more than technical genius.

“The winners weren’t the ones who sang perfectly or had flawless chords or intonation – they were the ones who really put their heart and soul into it,” he says. “And who played our own Latvian songs, not catchy foreign numbers.”

Did you see an error?