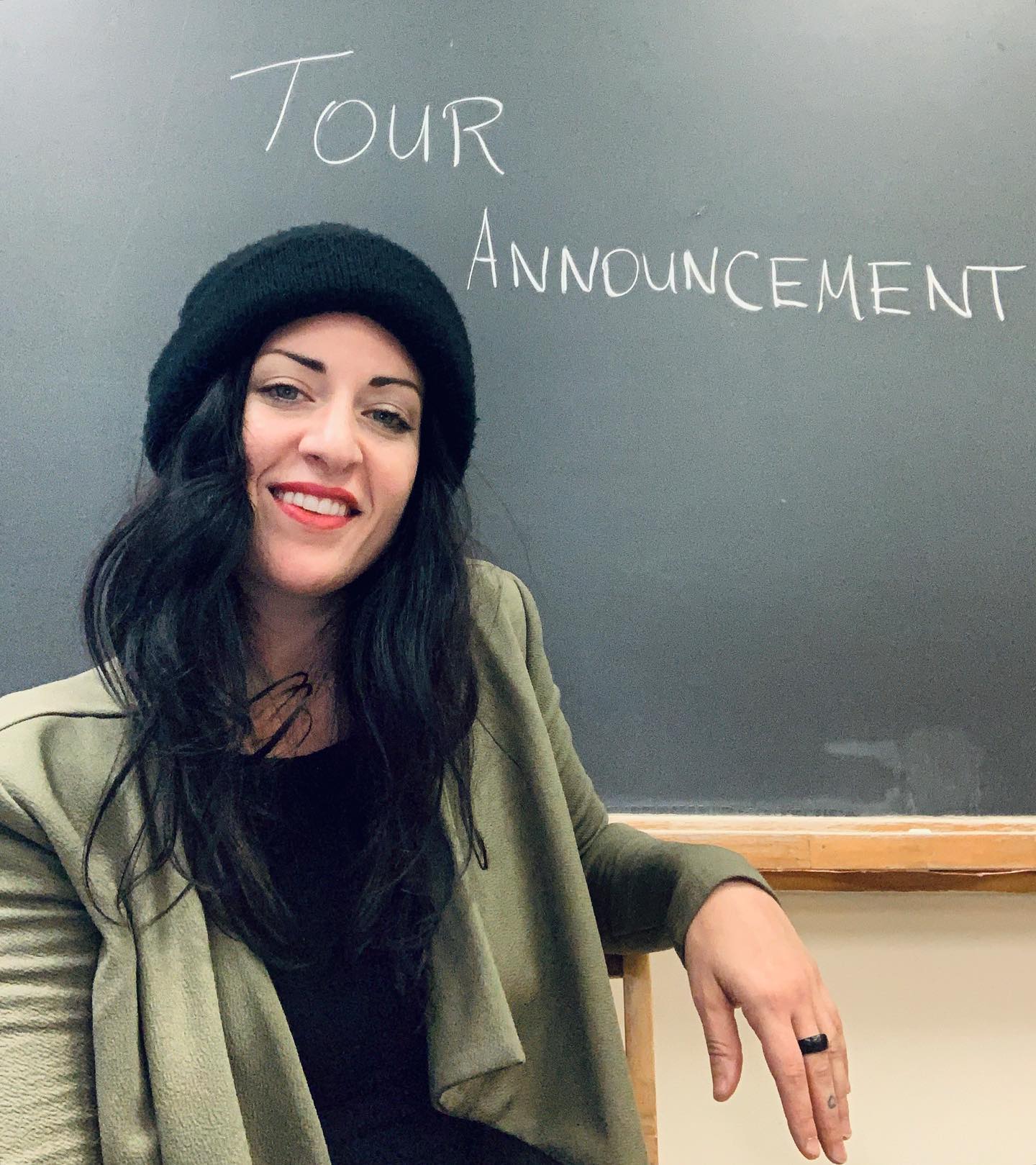 The singer-songwriter is documenting pandemic life in a new album and tour that kicked off at Hamilton’s Bridgeworks on February 25. -Graham Rockingham Hamilton Spectator

Economic sanctions are a good start. But global sports and entertainment should not underestimate the power of cultural sanctions. – Vinay Menon Toronto Star

Avril Lavigne actually did a pop-punk album this time

Her debut album made the then-teen singer a true pop superstar, but with a little more punk-rock bite compared to her TRL peers. She’s back in shape now.. – stereogum

Calgary teenage sensation Tate McRae has two more Juno nominations to add to her impressive resume. Other locals up for awards include Alberta’s Brett Kissel, whose What Is Life? is up for Country Album of the Year while Make a Life, Not a Living is up for Single of the Year. Calgary pianist Jan Lisiecki received a nomination for Chopin: Complete Nocturnes, his sixth Juno nomination. –Eric Volmers, Calgary Herald

The classical guitarist will perform pieces based on the works of Hamiltonian painter William Blair Bruce in November. Currently, surrounded by the scenic Selkirk Mountains, she is preparing her next recording, a project supported by the Canada Council for the Arts and Hamilton’s City Enrichment Fund. -Leonardo Turnevicius, Hamilton Spectator

Live events at full capacity are back in Ontario. Here’s a show for every day in March

Start the month with Ewan Farncombe at the Rex and end it with Men I Trust at the Danforth Music Hall, with lots of music, comedy and dancing in between. – Garnet Fraser, Toronto Star

NOBRO: As if the world no longer existed

At Live your truth Shred some Gnar, their second EP, NOBRO is dangerously close to its goal: to be the craziest girl group of all time. The title of the EP is emblematic of the Montreal punk-rock quartet: the NOBRO girls live their truth in a raw and authentic way, through their music as much as in their daily lives. –Olivier Boisvert-Magnen, SOCAN Words & Music

Universal Music Group has acquired iconic artist and songwriter Neil Diamond’s entire catalog of songs (through Universal Music Publishing Group), as well as the rights to all recordings from his career. The deal includes his hits plus 110 unreleased tracks, an unreleased album and long-form archival videos. UMG did not disclose the price of the transaction. Murray Stassen, MBW –

Live Nation: We won’t do business with Russia after Ukraine invasion

A giant in the music industry has just taken decisive action against Russia: Live Nation. In a statement released to media today (March 2), the live music company said, “Live Nation joins the world in strongly condemning Russia’s invasion of Ukraine. “We will not promote shows in Russia and we will not do business with Russia. We are in the process of reviewing our suppliers so that we can stop working with all Russian-based suppliers.” – MBW

Bandcamp acquired by the creator of Fortnite Epic Games

Epic Games, maker of the hit video game Fortnite and Unreal Engine, has acquired online music store and direct-to-fan platform Bandcamp. In a statement released by Epic, the company says Bandcamp will play an “important role” in its “vision to create a creator marketplace ecosystem for content, technology, games, art, music and more.” .. – MBW

Songwriters take to the streets against Spotify. – Los Angeles Time

TikTok is increasing the maximum video length to 10 minutes. Should YouTube be worried?

Attention, YouTube: TikTok extends the maximum length of its videos to 10 minutes. The news follows the ByteDance-owned app’s announcement last summer that it was rolling out the option for its users to create videos up to three minutes long, an increase from the previous maximum. 60 seconds per video. – MBW

Jay-Z finds himself at the top of the rap pack once again as his shrewd business moves have made him the highest-grossing hip-hop heavyweight of 2021. According to Forbes’ annual list of the best raps of the past fiscal year , Ye West posted straight under Hov, while Sean “Diddy” Combs rounded out the top three. –Terry Shropshire, Deployment

From Cardi B to Cher to Yungblud, musicians make the right call weighing in on Russia’s invasion of Ukraine

It should come as no surprise that musicians around the world are today expressing their outrage at Russia’s invasion of Ukraine. Annie Lennox took to Instagram to make her feelings known, and others quickly followed suit. –Mike Usinger, straight georgia

“Spotify said we were ahead of the curve because shorter songs are the future”, – Sam Moore, NME

Let’s get married! Discover the funky joy of the greatest forgotten musical genre

In the 1960s, Jackie Opel created a syncopated, bell-heavy sound that defined Barbados and caused a stir from St. Lucia to New York. A few years later, it has all but disappeared – but the time has finally come for a revival. – The Guardian

Rock’n’role: A dizzying number of actors want to be pop stars, but which ones are worth listening to?

Downton Abbey co-stars Michelle Dockery and Michael Fox have announced their debut EP. With so many movie and TV stars dabbling in pop, our music review assesses the actors’ past endeavors. – Alexis Petridis, The Guardian

Popular singer-songwriter Mitski says she doesn’t mind the presence of cellphones, just the fact that they rely so heavily on them. “Sometimes when I see people filming entire songs or entire sets, I feel like we’re not here together. That goes both when I’m on stage and when I’m an audience member during of shows – Jacob Uitti , American songwriter

With his acclaimed and continuing Black Radio album series, American jazz pianist Robert Glasper brings together top musicians in sublime, genre-blending ways. You’d think the maestro would have a master plan for collaborations and choices of original and borrowed material, but sometimes pure luck wins out. –Brad Wheeler, Globe and Mail

Looking back at the broken beauty of a screaming tree. –Jim Allen, Globe Rock’n’Roll

Beloved experimental pop group Stereolab have announced a North American tour. The tour will kick off September 6 in Nashville and end October 15 in Asheville. The race will feature only two Canadian stops – Vancouver on September 24 and Montreal on October 2. – rolling stone

The Bauhaus announces its first American tour in 16 years

Purveyors of goth rock will perform in Seattle, San Francisco, Denver, New York and more. – CoS