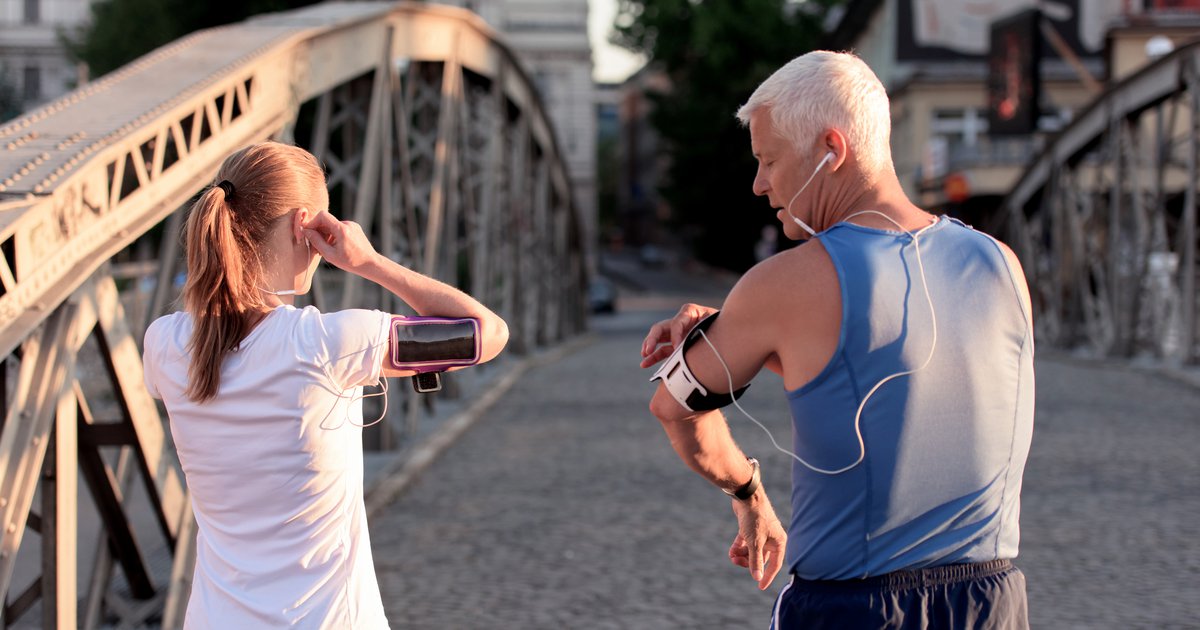 Music and fitness: listening to songs can improve physical performance

Music has always been part of my life. Growing up, my dad was a fan of the big band era and artists like Frank Sinatra. He bought toy instruments and distributed them to all his children. Then, with the deafening music, he made us pretend to play while he led the band.

It was a lot of fun and maybe that’s what got me into learning drums in elementary school. I got pretty good and started playing professionally in high school and after college to earn some extra money. In my twenties, I took advantage of the trend of Elvis impersonators by playing drums for a local show. I made a few decent pocket changes until the fashion died down and, more convincingly, my main career picked up steam.

So, looking back, it’s no surprise that as a 60-year-old man now devoted to healthy living, music still plays a special role in my life. It turns out that the intersection of music and fitness, where I now reside, is a common experience among those practicing healthy behaviors. Even more remarkable is the science behind the motivational characteristics of music and the role that music, when tailored to your tastes, can play in supporting a healthy lifestyle.

Now, some of these things may seem rather intuitive. Constant music is a staple in gyms. Headphones or headphones with accompanying iPhones are also prominent among the exercise crowd, for those who appreciate their own personalized selection. Yet with so many people, including men over 50, looking to find an edge that gets them into an exercise routine — and keeps them there — music just might be the trick.

For me, music has been a fitness motivator ever since it became portable with CD players and devices like MP3 players. No matter the technology, I always had the latest device in my pocket or strapped to my arm. Today, an Apple Watch or iPhone is my source with Bluetooth-connected headphones.

My God, we have come a long way. But what’s behind this notion of a musical boost to your exercise regimen? Let’s see what the science says.

Music can make the inconvenience of exercise much more manageable and, for some, even fun, especially if you listen to your favorite genre. According to the Psychological Bulletin, “Music has been found to exert positive effects on physical activity.” Reporting on a meta-analysis of studies, the Bulletin suggests that music can create a positive feedback that improves your performance and decreases fatigue.

The Journal of Functional Morphology and Kinesiology emphasizes the influence of preferred music selection and endorses the ability of music to increase output during workouts, including endurance, mind, and resistance training .

The National Center for Health Research claims that motivating or synchronized music can improve your workout by increasing your endurance and putting you in a better mood. The Center cites studies that show improved athletic performance when participants listen to faster-paced music. Improvements were in distance traveled, pace, and reps.

And, in an article published by the American Psychological Association, researchers who examined the music-exercise relationship concluded that there were “significant positive effects for sportspeople and athletes.” But in a point particularly relevant to men over 50, the APA pointed out that a clear goal for music use is enjoyment during exercise which could lead to increased activity in those who were previously inactive. Here you go gentlemen. Activity, the magic word. Anything that can boost activity should be worth trying.

Positive impacts on your brain

Dr Haitham Ahmed, a cardiologist who previously worked at the Cleveland Clinic, reports that adding music to your workouts can improve your mental well-being, pointing to reports that show reduced feelings of depression after just three months. .

Johns Hopkins Medicine says music can keep your brain young. Health System cites research showing reductions in anxiety, blood pressure and pain, as well as improved sleep quality, mood, mental alertness and memory – the all thanks to the music!

And, results of a study published in PLUS ONE reported that the combination of music and exercise had more positive effects on cognitive function in older adults than exercise alone.

The proof is everywhere

Think about it. If you attend a high school or college football game, the band is there to generate energy and motivate the crowd. Professional sports of all kinds will play rock music at every downtime and take a break from the action. Both at the pros and in college, it’s common to see players wearing headphones when entering the locker room before a game and during pre-game warm-ups.

Yes, the proof is literally everywhere that music is integrated into all things sports. So why not incorporate music into your personal sports activities? It is a performance enhancer, motivator, mood booster, stress reliever, fatigue fighter and brain booster.

Costas I. Karageorghis, professor of sports psychology at Brunel University in England, is renowned for his research on the effects of music on exercise and sport. According to Karageorghis, most commercial dance music is built around a tempo of 120 and 140 beats per minute, which aligns with the average heart rate during exercise and provides a rhythmic response that promotes synchronization of movement and music, and creates efficiency and energy. Who knew? I just thought it was good.

The next time you go for a run or hit the gym, bring some music and make sure it’s your favorite. This can increase your chances of making exercise a habit.

Louis Bezich, senior vice president and chief administrative officer of Cooper University Health Care, is the author of “Crack The Code: 10 Proven Secrets that Motivate Healthy Behavior and Inspire Fulfillment in Men Over 50.” Learn more about Louis on his website.