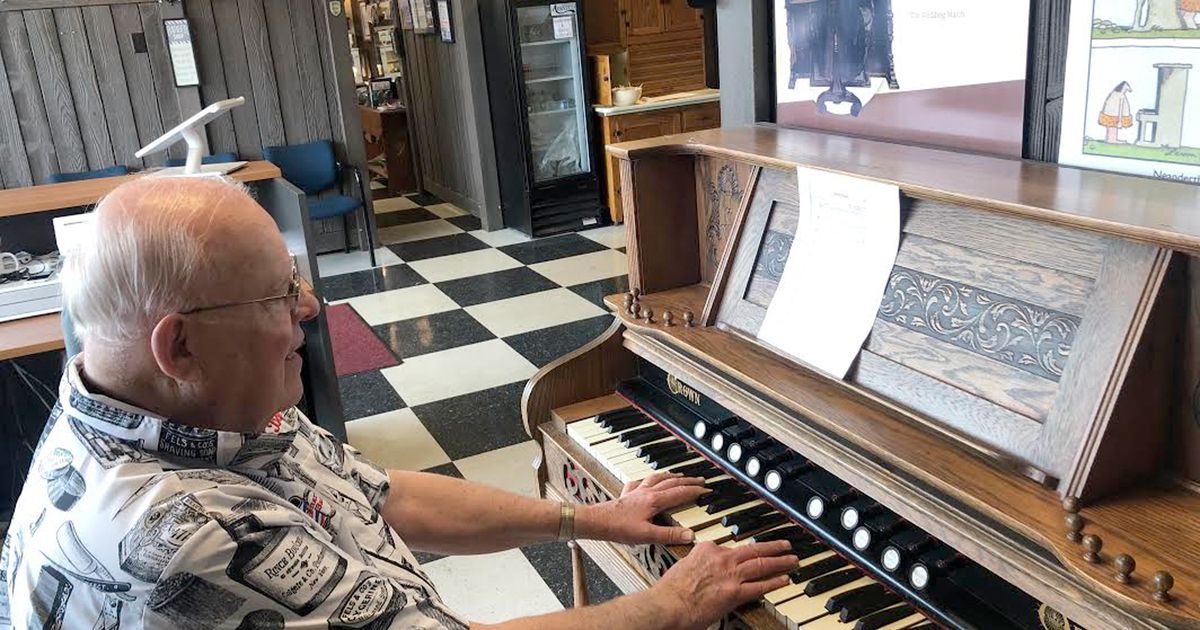 Long-time barber, the organist still does everything and more

But Lennartz also went into his own piano business during these years. “I bought a little building and a trailer, and I was collecting used pianos, restoring them, and selling them from that building.”

He also continued to play at Saint-Pierre for 30 years, then at Saint-Denis in Versailles for another 20 years. He finally retired at 65, but only from La-Z-Boy. “I went back to working in a few different hair salons for several years, then decided to open my own with two of my sons. I wanted a real old fashioned boutique with shaves and facials as well as haircuts,” he said.

Lennartz Olde Time Barber Shop in Springboro has five private booths, “and we’re about to hire a sixth barber. It works really well – men like to come in and be pampered, and all barbers are taught how to do men’s facials, which last about an hour. We do things like they did years ago – haircuts, facials and shaves.

Lennartz, 83, still comes four days a week, “but I’ll be back to three when we hire the sixth barber,” he says, noting that “I can still outdo the others and set the pace.” And I love going there, talking to people and playing the old pump organ for customers when I’m not busy.

At home, he has two organs and a piano in the Centerville condo where he and Delores now live, and he plays it every day. “My kids give me hell, but Delores has been an angel, supporting all the crazy things I’ve done.”

He bought another organ last month, an 1850s Moller pump organ, for his hometown. “Fort Recovery is renovating an old opera house and has sent out a letter for donations. I have connections with a group of organists and I was sent a picture of this organ for sale.

“Most of these old ones are rotten inside, but this one had been restored, so I passed the picture on to the historic committee and said if they wanted it, I’d buy it and theirs They agreed, so my son Steve and I took the trailer to the lady, picked it up, took it to Fort Recovery, and I played it for the committee.

And, a few weeks ago, he was asked to play at St. Leonard, a retirement community in Centerville. “It was wonderful, and I’ll be a backup when they need me.”

Lennartz, likes the adage that “aging is a privilege” and says “I feel very privileged”.

2022-05-15
Previous Post: Start of ticket sales for the ukulele trio Nue and Joachim Cooder
Next Post: Pathways Into Music research guide launched at The Great Escape