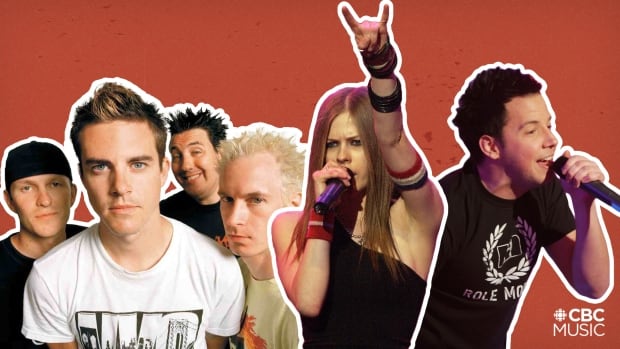 For us, the flyer on the counter was everything. The downtown mall skate shop had a piece of paper taped to the glass counter, obscuring the rows of skate trucks and silicone wheels in the storefront below, which advertised the event of the 1999 summer season. Gob was coming and they were going to play in a small community just two hours away from Whitehorse, where I grew up.

My friends and I could hardly believe it. Gob’s second album, How far shallow takes you, released on Vancouver’s Mint Records, was a permanent fixture on the Discman connected by cassette adapter to the stereo of my 1988 Datsun Maxima. This development was monumental, a testament to what was possible in our isolated small town. If Gob arrived, the expanse of the future would expand before us, opening an infinite number of doors.

Langley, British Columbia, Gob burst onto the scene just as pop-punk was beginning to emerge from after-hours craft clubs and bowling alleys onto national stages. The band’s first album, Too late… No friends, released in 1995 on Mint Records, was one of the first references of Canadian pop-punk. Local stages from coast to coast were teeming with punk rock bands devastating garages and halls for all ages, but it was a rare occurrence when kids like me, locked in the frozen north, heard of it. speak. Being able to go to our local CD store and buy that Gob album meant this was a band that mattered.

Punk-rock was egalitarian. Every city in the country had an emerging punk scene: British Columbia had NoMeansNo; Winnipeg had Propaganda. But it was Alberta that laid the groundwork for pop-punk to flourish with Calgary’s Chixdiggit.

Chixdiggit was a branding exercise turned pop-punk band Ramonescore. After selling shirts emblazoned with their logo at their high school, the group quickly realized that brand recognition was nothing without a product to back it up. Chixdiggit was formed in 1990 by KJ Jansen, Mark O’Flaherty and Mike Eggermont, who all shared instruments, even though they didn’t yet know how to play them.

Chixdiggit went on to sign with Seattle’s iconic Sub Pop Records thanks to the band’s now legendary ability to create unforgettable pop-punk earworms in less than two minutes. Their self-titled debut album was released in 1996, as one of the first Canadian bands to sign with the label that launched Nirvana. (Eric’s Trip from New Brunswick being the first in 1993.)

In the latter days of the ’90s, bands like Blink-182 took pop-punk away from circular pits in dimly lit basements to Budweiser-sponsored festival stages. The emergence of pop-punk as a musical endeavor that had broad appeal changed the landscape for punk-rock audiences nationwide. Pop-punk had suddenly taken a turn, out of the back roads we held as secrets and onto much busier roads. Some of us bristled as pop-punk grew in popularity, going from a niche interest to a national sensation.

We felt betrayed, in a way. We shouted to sold-out crowds until our throats hoarse as the musicians jumped on the pop-punk bandwagon. Even bands like Gob have signed to bigger labels and brought a fine cloth to their hardest edges, sanding down the rough-hewn sounds until they work on daytime radio stations in target markets.

But while Gob and Chixidiggit were instrumental in building the foundations of pop-punk in Canada, the turn of the millennium presented us with an array of artists who had a seismic impact on the scene, leaving an indelible Canadian mark. on the history of pop-punk.

In June 2000, Sum 41 of Ajax, Ontario released an EP titled Half an hour of power to success almost overnight. (At 11 songs, the EP was also sometimes considered the band’s debut album.) “Makes No Difference”, the lead single from that EP, became ubiquitous. The group proliferated on MuchMusic countdowns and quickly became slot-opening darlings for now-mainstream bands like Offspring and Blink-182. It wasn’t long before Sum 41’s debut went platinum in Canada, and the band were headlining their own parade, a runaway freight train of unapologetically pop-fueled punk and metal clichés, transformed into an undeniable commercial success.

Meanwhile, at a Shania Twain concert in Ontario a year earlier, young Avril Lavigne won a radio contest for the opportunity to sing on stage with the Canadian icon. There, in front of 20,000 strangers, the two duet to “What Made You Say That.” Lavigne remarked to Twain that her goal was to become a famous singer.

That wish was granted shortly after Lavigne was discovered singing country covers at a bookstore in Kingston, Ontario. What followed was a tornado of bidding wars that finally landed with Lavigne signing a deal with Arista Records, which also enlisted Ajax, Ontario. Closet Monster to act as his support group.

Lavigne’s first record, 2002 let’s go, was such a success that it is useless to describe it. Buoyed by hits like “Complicated” and “Sk8er Boi,” Lavigne shot to fame on a runaway escalator. The songs appealed to the very core of the feelings of alienation and dissatisfaction of their target demographic, those felt by teenagers in malls around the world. Not just a financial success, Lavigne easily won the hearts of critics, earning Best New Artist at the 2002 MTV Music Video Awards, Junos for Album and Pop Album of the Year, and even a Grammy nomination. Awards for Best Pop Vocal Album.

Lavigne is often referred to as a pop-punk princess, a crowning achievement that took place when she was just 18. It’s a genre definition that’s causing friction in music fandoms, with harsh critics claiming there’s very little punk found in a million-dollar marketing ploy by a major record company. Some critics have taken shading at Lavigne’s lyrical content, claiming that the singer had a lot to do as a pop artist, ignoring the obvious fact that the singer was indeed still a teenager. But the reality of Lavigne’s impact on Canadian music is undeniable and timeless. “Sk8er Boi” not only lives on as an earworm and bona fide hit, it’s a popular meme format to this day, 20 years after its debut.

2002 gave us Simple Plan, a band from Montreal fronted by former members of pop-punk band Reset. Simple Plan released their first album, No pads, no helmets… Just ballson Atlantic Records, and despite some reviews drawing inevitable parallels with bands like Good Charlotte and New Found Glory, the Québécois quartet immediately established themselves as a pop-punk powerhouse.

On the back of singles like “I’d Do Anything” (which featured Blink-182’s Mark Hoppus on guest vocals) and “Perfect”, the band quickly catapulted themselves to revered stages like the long Vans Warped Tour. , and opening time slots for Green Day and Good Charlotte.

No pads, no helmets… Just balls is certified double platinum in Canada and the United States, which means shipments of two million records for the group. Simple Plan climbed the Billboard charts, recorded the theme song for the new reboot scooby-doo and, in the perfect confluence of Canadian pop-punk dominance, toured as opening act for Avril Lavigne.

From the early days of punk bands relying on their natural instincts to write catchy, catchy songs, to artists like Lavigne, Sum 41 and Simple Plan becoming so entrenched in fame, the impact Canada has had on the formation and longevity of pop-punk is undeniable.

Lavigne changed the game the same way bands like Gob and Chixdiggit did, but she did it on arena stages and on a major label. Lavigne was a woman who sang songs about feeling alienated — the love, loss and confusion of her whirlwind adolescence — in the same vein as so many others. Its success lies in the fact that it stands tall as a pastiche of youth subcultures that millions of people could find themselves in, shining from the biggest stages it could find.

Pop-punk has grown and changed over the decades since its inception. Bands like Meet Me @ The Altar, Pinkshift, Magnolia Park and even recent Grammy Award winner Olivia Rodrigo are making new waves in a scene that many consider an ocean of nostalgia.

While some of the genre’s prominent ancestors stopped carrying the pop-punk flag long ago, the impact they had on the scene remains. As pop-punk rose to prominence – in radio, television, and the hearts and minds of adoring audiences – it was Canadian artists who rose to the challenge at the turn of the millennium and made themselves known. Not content with being footnotes in the history of pop-punk formation, these artists have instead chosen to carve out a place for themselves in the news.