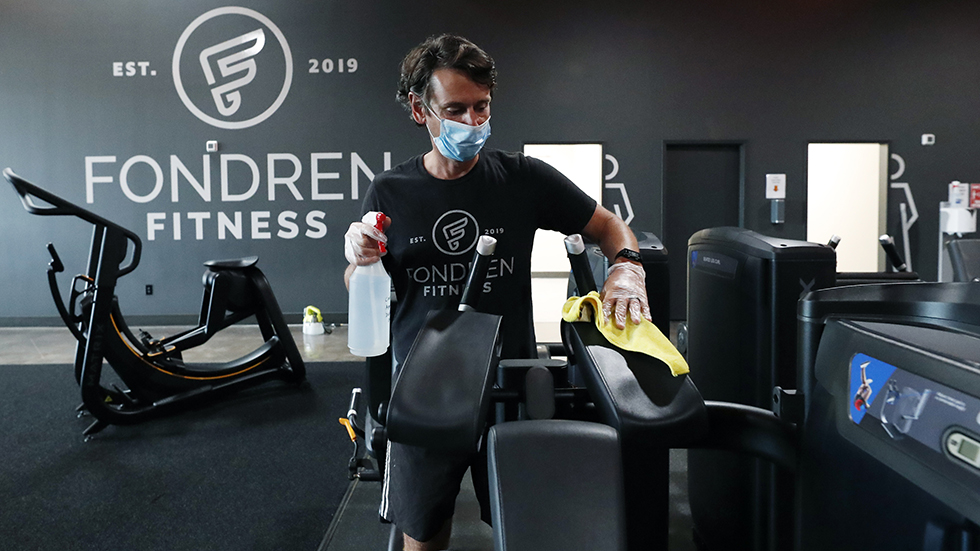 Restaurants, gyms, assisted living facilities and other businesses devastated by the pandemic are preparing a final push for federal aid.

Supporters scored a momentous victory last week when the House passed a bill to provide $55 billion in aid to restaurants and other hard-hit industries. They now face the challenge of garnering 60 votes in the Senate after several Republicans signaled their opposition to further COVID-19 relief for businesses.

Industry groups and small business coalitions are stepping up their lobbying efforts as Congressional campaign season approaches, aware that they are running out of time to secure pandemic relief in an election year.

The Independent Restaurant Coalition released a survey on Thursday showing that more than half of independent restaurants and bars will be forced to close within six months if they do not receive government assistance.

Democrats enacted a $28.6 billion fund to support struggling restaurants under last year’s COVID-19 relief package, but the money quickly ran out, only one in three candidates receiving federal assistance.

The coalition warns that dozens of independent restaurants that have racked up huge debts to keep their doors open are at risk of default, bankruptcy or eviction. Among restaurant owners surveyed who did not receive relief, 48% said they were at risk of defaulting on a loan, compared to 22% who received government assistance.

“It’s just not possible that a few months of bumper sales will offset this huge burden of debt that everyone is carrying,” said Erika Polmar, executive director of the Independent Restaurant Coalition, noting that she speaks regularly with restaurant owners who are facing more than $800,000 in back rent.

The industry will have to convince Republicans to back another pandemic relief grant after just six Republicans voted for the bill that passed the House. Several GOP lawmakers called the bill wasteful and inflationary, arguing that Democrats at the state and local levels should end pandemic restrictions on businesses first.

“If you lose restaurants, you impact all the people who raise pigs, and therefore bacon, in Iowa and the Midwest. If you look at the fisheries in Alaska or Louisiana, most of this product is consumed in a restaurant,” said Polmar.

“The states I mentioned are Republican-run, so when we get these messages out, I’m confident we can get them through and have the opportunity to vote, they’ll make the right decision.”

Senate Majority Leader Charles Schumer (DN.Y.), a staunch supporter of restaurant aid, told advocates he would introduce a restaurant aid bill immediately after the return of senators from their vacation on April 25.

Senate leaders debate whether to take a companion bill passed by the House, which would provide $42 billion for restaurants and $13 billion for other hard-hit small businesses, or a Sens measure . Ben Cardin (D-Md.) and Roger Wicker (R-Miss.) who would send $40 billion to restaurants and earmark funds specifically for gyms, performance venues and other businesses.

The Economic Bridge Coalition, a collection of small business groups representing live event operators, amusement parks, travel consultants, equipment rental shops and other businesses hammered by the pandemic, supports the bill passed the House, saying in a recent letter to lawmakers that unlike previous legislation, it “does not pick winners and losers by industry.”

The fitness industry, which has lost one in four gyms since the pandemic began, is pushing for the Cardin-Wicker bill, which would provide $2 billion in aid to fitness facilities that have suffered losses. more than 25%.

Gym advocates say they shouldn’t be forced to compete with other industries for the pool of federal funds included in the bill that passed the House, and have raised concerns that small gym operators would not have the resources to beat other candidates for government. aid.

“The constant refrain we’ve heard from officials across the country is that we need to close restaurants, bars and gyms when COVID cases increase,” said Brett Ewer, government relations manager at CrossFit who works with the Community Gym Coalition. “Well, we’ve covered two in terms of specific relief, but gyms are still waiting.”

Some industries say they’ve been overlooked as lawmakers focus on helping restaurants and other businesses, including minor league baseball teams, some of which would be eligible to tap into a $500 fund. million under the Cardin-Wicker plan.

Assisted living providers have expressed frustration at being left out of two major proposals aimed at boosting hard-hit industries, despite a wave of shutdowns and more than $30 billion in losses during the pandemic.

“We certainly have no doubt that other people have been affected, but these are not frontline caregivers for 85-year-olds trying to protect them from COVID and get them their extra booster,” said Maggie Elehwany, Vice President. chair of public policy at Argentum, an industry trade group. “We don’t understand why this is happening.”

The path to government assistance is less clear for the assisted living industry, which received only a tiny fraction of the $178 billion in pandemic assistance for healthcare providers. healthcare which mainly went to hospitals and nursing homes. They are pushing lawmakers to reallocate unspent pandemic relief funds to struggling facilities.

“People are tired of waiting and tired of being told, ‘We’ll take care of you in the next bill,'” Elehwany said. “It looks like the next bill keeps coming and we’re being left behind again.”