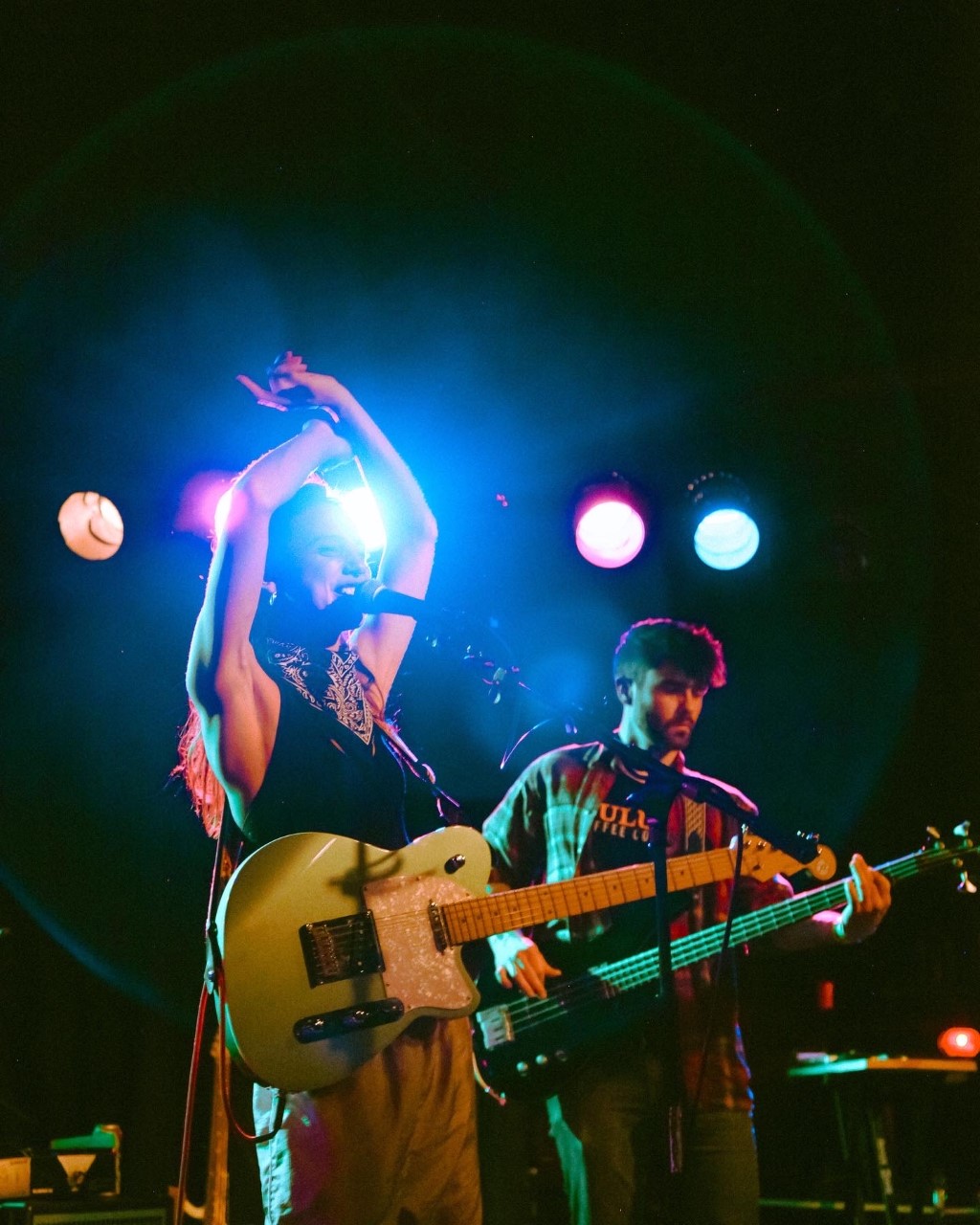 Get to know local music: Lyla Abukhodair and Delicate Friend

Being one of the go-to places for local live music, the 331 Club wields power over Minneapolis. The dive bar is known for its intimacy and old-school vibe, drawing crowds every night. Even remodeled since its opening in 1899, the 331 Club still retains the same atmosphere as at the (very) end of the 19th century. Their calendar is packed with local artists hitting the stage almost every night, and special events are strewn about for all those trivial fiends.

On July 20, three artists will share the night. It will be a collection of punk, rock and folk. Enjoy food and drink this Wednesday at 331 Club while listening to the musical styles of Lyla Abukhodair, Delicate Friend and Babie Eyes. In the meantime, get to know Abukhodair and Delicate Friend, who are changing the perception of local music.

Abukhodair and Delicate Friend singer Andrea Leonard have a common history together. They were both members of a folk group before the pandemic. When the group ended, Abukhodair continued to explore solo music and Leonard founded Delicate Friend. With Abukhodair and Delicate Friend sharing the night, old friends will be reunited. “It’s really moving in a good way, in the best way,” Leonard says. “It’s really amazing for us to play together as friends when we’ve grown and changed so much.” Both have changed musically from what they once created together.

A year after going solo, Duluth’s Lyla Abukhodair already has an EP and an album under her belt. She brings punk to the Minnesota music scene, defying expectations of Duluth music. Duluth is a folk-centric city, but there are other genres floating around. After his experience in a folk group, Abukhodair wanted a change. “[My goal was] to kind of break some of the molds that I put around me,” she says. ” It was not me. I have become something new. She knew she wanted her music to go back to her roots. “I grew up with three older brothers and they kind of introduced me to music,” says Abukhodair. “We were always listening to punk music, even though it was Christmas time.” Now Abukhodair is the very definition of punk rock.

Abukhodair first recorded an unreleased album, which she felt was not quite what she was looking for. So she collected the songs that made it and released her first release in the summer of 2021, her EP titled “Your Mom Hates Me Now”. She recently released her debut album “Scream” last spring and it surprised her by being unintentionally consistent. The common theme: Lyla Abukhodair. “I really wrote about a lot of different parts of myself,” she remarks. “I explored different themes and identities that made me.” Some themes on his album include being a second-generation immigrant, sexual assault, and other experiences that others might relate to. “I want people to feel heard and supported,” she says.

Mesmerizing vocals and strong lyrics stand out impressively from the instrumentals on his album. “Scream” contains duality with intimate songs like “A Song For Me” and “A Song For You” creating an individual experience between you and Abukhodair, and catchy songs like “Scream” and “Tornado” where everything you want to do is dance to the crisp sound of a crowd. “That’s what I like about punk music,” says Abukhodair. “You don’t have to sing super happy things, but it can be fun. At least we’re here together, [the music] is relatable.

Composed of four members, Delicate Friend transforms traditional rock into a vaporous version. Delicate Friend singer Andrea Leonard describes their sound as “witch rock” with “rather gritty and melodic” tones. It didn’t start out that way, however. Leonard had a collection of original music she wrote after her folk band with Abukhodair ended. “I wrote most of the music by myself [and] when I played them in my bedroom with my acoustic guitar, it sounded more folksy,” she said. It was when the four members got together, through messaging in Facebook groups and reconnecting with old school friends, that it ended up sounding rockier – and Leonard fell in love with the sound.

The name Delicate Friend has a more interesting origin than you might expect. Leonard describes the process of finding a name as difficult; nothing felt right and nothing stuck. Until the day when the group was engaged in their usual activity of posting jokes and memes in their group chat, they came across different translations of Sappho’s poetry. Sappho has a fragment that was once translated from the original ancient Greek as “may you sleep on your delicate friend’s chest”. The group chat quickly pointed out that Sappho’s collection of poems largely consists of a woman being the object of affection, and it’s a popular theory that Sappho was a lesbian. In fact, the word lesbian comes from Sappho, from the island of Lesbos, where Sappho resided. The translation of “delicate friend” seemed funny and strange to the four members considering the context and was jokingly offered as a group name. It was the only name that seemed right. “We’re all under the LGBTQ+ umbrella,” Leonard explains, so it was a humorous connection between them and this specific Sappho translation.

With influences ranging from Alanis Morrisette to Evanescence to Joni Mitchell, Delicate Friend has a 90s rock base with a delicious touch of folk. Leonard describes it as “walking through the woods when it’s cloudy or dark”. Delicate Friend figured out their sound after just one year and they have solid plans for the future.