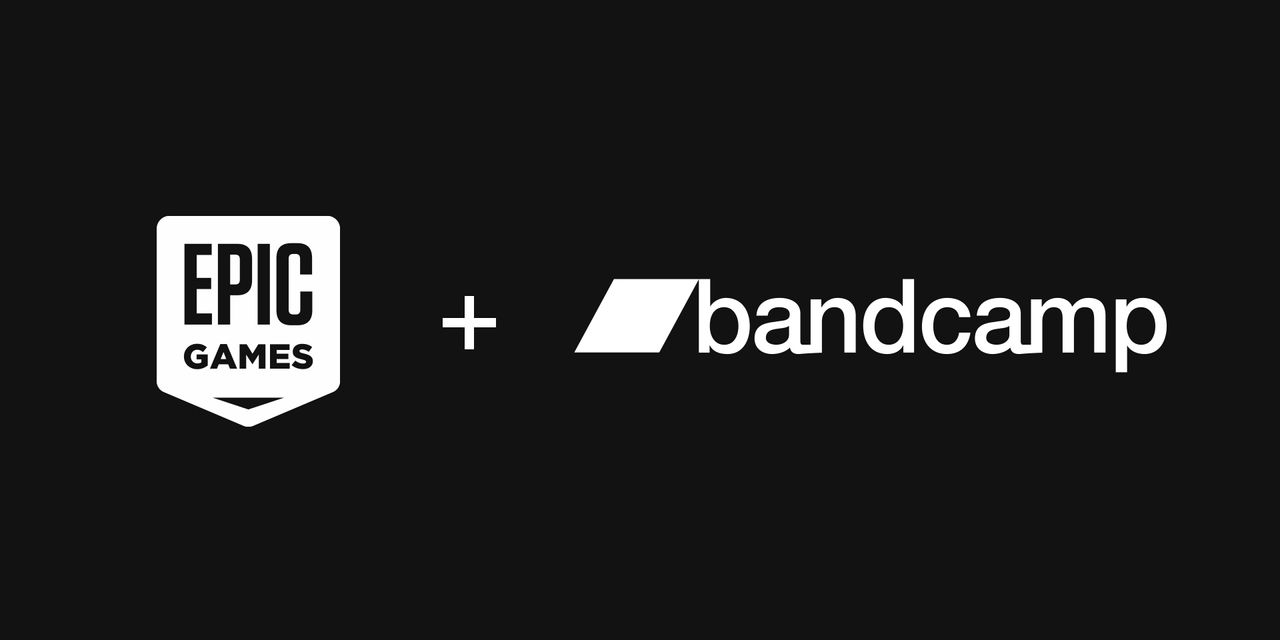 The video game company that challenges some of the biggest tech companies in the world buys the music company that wants to challenge the dominant tech business model in this industry.

Epic Games Inc. announced on Wednesday that it is buying Bandcamp, an online music store that allows musicians to create their own storefront and keep more of the proceeds from sales than streaming services such as Spotify Inc. SPOT ,
.
It’s an interesting fit, as Epic challenged the dominant business model in its industry by suing Apple Inc. AAPL,

“Fair and open platforms are critical to the future of the creator economy,” reads an unattributed Epic blog post. “Epic and Bandcamp share a mission to create the most artist-friendly platform that allows creators to keep the majority of their hard-earned money.”

Bandcamp, founded in 2008, allows artists to sell digital music as well as physical goods such as records and merchandise, and takes 15% of the total, with artists also responsible for payment processing fees. The Oakland, California-based company says the result is that 82% of all money spent on its site goes directly to the artist, with that total approaching $1 billion over the life of the site, according to a Wednesday blog post from Managing Director Ethan Diamant.

“While over the years we’ve heard from other companies who wanted us to join them, we always thought it would only be exciting if they believed strongly in our mission, were aligned with our values ​​and only wanted not just to see Bandcamp continue, but also wanted to provide the resources to bring much more benefit to the artists, labels and fans who use the site,” Diamond wrote. “Epic ticks all of those boxes.”

Epic Games has remained private despite its huge success with “Fortnite,” a video game focused on an online “Battle Royale” format that has won fans and spawned imitators. The company has, however, welcomed outside investment, including from Chinese tech giant Tencent Holdings Ltd. 700,
,
which has its own NYSE-listed music streaming subsidiary, Tencent Music Entertainment Group TME,
,
as well as investments in Spotify and music labels including Warner Music Group Corp. WMG,
.

Diamond said Bandcamp would continue to operate independently and promised that the core service would not change, specifically highlighting the control and distribution of revenue artists receive as well as Bandcamp Fridays, when the service gives up its share of income on the first Friday of each month. He said the Epic deal will help the company expand internationally and shore up new efforts like pressing vinyl for artists and its own app.

Bandcamp’s app could lead to another front in Epic’s war against Apple and Google’s mobile duopoly. Epic, which runs its own video game store, took issue with the makers of the two biggest mobile operating systems, iOS and Android, taking up to 30% of all payments made on their platform , and specifically pointed to the sale of video games and in-game deals in their lawsuits, which were spawned by the company flagrantly breaking Apple and Google rules in “Fortnite.”

Meanwhile, Bandcamp has so far avoided attempting to sell music through its mobile app, according to Ron Knox, a Bandcamp customer who has written articles for the music site and is a researcher and writer for the Institute. for Local Self-Reliance, an organization that advocates against corporate concentration and for local control of business and power. Bandcamp’s mobile app allows users to access music purchased online, but does not allow in-app sales which would be subject to Apple’s fees, Knox noted, noting the Epic CEO’s previous remarks, Tim Sweeney, on the Bandcamp approach.

“If anyone has this issue, it’s Epic,” Knox said. “If anyone understands the legal argument around Apple’s monopoly power over its app store, it’s Epic.”

While it’s not obvious what path Epic might be looking at for Bandcamp when it comes to its fight against Apple and Google, Knox said Bandcamp’s current situation is.

Lateef Daumont, an artist better known as Lateef the Truthspeaker in his work with hip-hop label Quannum Projects, praised Bandcamp on Wednesday, saying “in my opinion, it’s the best platform for artists , period”.

Daumont, born and raised in Oakland, like Bandcamp, has performed and recorded with Quannum since meeting fellow members at the University of California, Davis in the 1990s, including Lyrics Born, DJ Shadow and members of Blackalicious. Perhaps best known as part of Latyrx, a duo with Lyrics Born, Daumont took on the label’s helm, allowing him to see inside the industry as both an artist and an executive.

“All the other platforms benefit tech workers and pay artists an amount that I’m not even sure is technically legal. This is certainly below minimum wage considering the hours of work required. And that is definitely exploitation,” he said.

Daumont said he hoped for the acquisition. “I understand the merger allows them to put in all the bells and whistles they want for the platform while allowing staff and [business] run independently,” he said.

Other musicians weren’t so optimistic. Ryan Wisler, a producer and singer who plays Kno, said his longtime rap group CunninLynguists “were one of the first artists to adopt the platform as their primary hub for distributing our sales. digital and physical,” but he doesn’t believe the Epic acquisition will lead to a better experience for artists on Bandcamp.

“I hope someone at Epic saw how hammered Spotify has been over the last few years in their approach with artist compensation and thought, ‘Hey, let’s find a way to do this properly,’ but I I would probably be kidding myself if I thought that’s what it would lead to,” he said. “The truth is that the platform will be injected with unnecessary algorithms and hurdles, the payment system will not “will expand” only to then engorge us, the artists, into whatever Epic really wants, and it will be a shell of itself in a few years.”