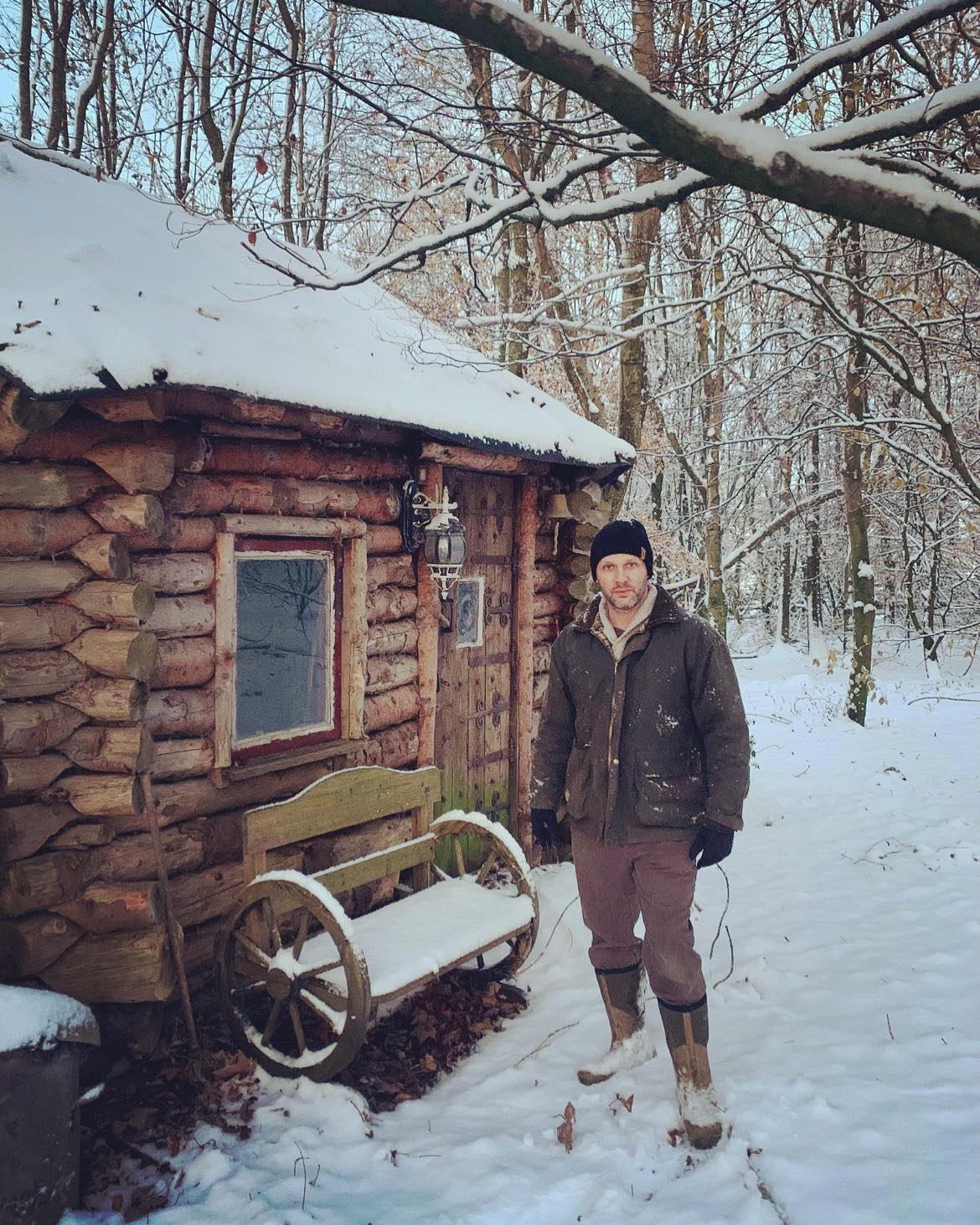 Folk artists creating exciting new music, with influences from around the world, in 2022.

By: Loretta L. Guthrie
In: Music genre
A good folk song can serve as a love letter to the world that calls for unity, or it can speak of both community and history. Often the best folk song can embody all of these things. What will 2022 bring us in folk music around the world?

As folk music in 2021 kicked off the endearing #ShantyTok trend on TikTok, we’ve even seen the success of these sea shanties spill over the folk music charts. Here are three folk artists to watch in 2022.

August Gilde’s Instagram bio says “Musician, Shack Dweller” — and that tells you two of the most important facts about him. He’s a maker of songs that focus on the desire to connect with nature, and he lives in a way that makes it possible – in a hilltop log cabin in West Yorkshire. The cabin, surrounded by two acres of woods and built from trees on the property, is where he wrote his first album, “A Different Kind.” Delicate but sumptuous, with an autumnal folk bent, it recalls the place where it was conceived, but is also part of the wider tradition of English singer-songwriters (and could also be classed near the folk production of Paul Simon). It was produced by John Wood, whose resume includes two of August Gilde’s favorite artists, Nick Drake and Fionn Regan, now suffice it to say Gilde and Wood made a cracker.

The music, however, is only half the story – and the other half sets him apart from most 21st-century Britons. When he’s not writing, he lives off the land, and after six years in the cabin, he estimates that he’s about 30% self-sufficient (he’s aiming for 100%). He grows his own food, raises chickens, alpacas and sheep, lays his own water pipes, builds fruit cages and posts pictures of his progress on Instagram. One could say that Gilde is a Thoreau of our century, and his farm is his Walden. “I was drawn to where I live and work the land because that’s how I grew up, outdoors,” he says. “I love silence, life, wildlife…plants, trees and the seasons. I’ve always had the mindset that truly living a life means not having to rely on others. It is not a bourgeois idyll; this is his real life. “My goal is to be independent, and I promote that in my everyday life,” he says. “I like the countryside and simplicity. I want to connect that to a way of thinking, and that connection is present in my music.

It’s very simple, music. By “simple” he means sonically unpretentious – the songs flow as they please, unhurried. Accompanied by bassist Tali Trow and drummer/pianist Pat Kenneally, Gilde opens up his world to listeners. It is a quiet place, but also, in the countryside, muddy under the fingernails. The title track, for example, refers to the “holy ground” he lives on – land he knows intimately. Then there’s “What the World is Waiting For,” a hearty medley that evokes an older, earthier England by incorporating traditional nursery rhymes like “Ring-a-Ring-a-Roses.” “I love the idea of ​​old-school nursery rhymes, where there are deeper meanings hidden behind the words,” says Gilde. The deeper meaning here is his distaste for a government that “says one thing and does another,” and it’s not the only politically charged song on the record. Gilde’s favorite track, “Hey Little Island”, was born during the Brexit transition; it suggests that small islands – whether the UK as a whole or its own “island” of the Yorkshire Dales – cannot thrive apart from the wider community of nations. “I have everything I need here in my house,” he sings. “Tell the world, I’ve never felt so alone.” Others speak of devotion to another person, although he cryptically notes: “We have all known heartaches, but the love songs ‘The Greatest Tragedy’ and ‘My Darkest Night’, by example, don’t talk about my own life.” Based on this metric, we can consider as read that “A Different Kind” is very good. Listen and get to know its unique creator. 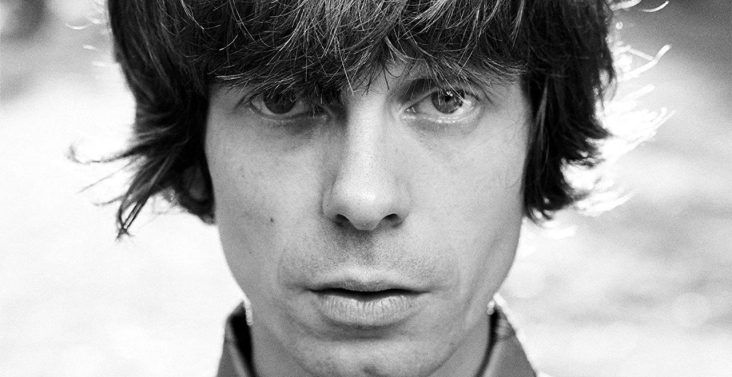 Folk artist Fionn Regan has something special. Maybe it’s his way of writing songs that are both personal and timeless. Or maybe it’s her voice, a delicate, ethereal instrument that effortlessly conveys emotion over her beautiful folk instrumentation. There are many folk artists, but few have the talent, charisma or mystique of Fionn Regan. This Irish singer-songwriter has been making music for decades and his discography is nothing short of impressive. Adding to her charm, Regan has often been described as a bit of an “enigma”, constantly answering questions in poetic metaphors and tangents. However, his unpredictable nature makes him such a magnetic force in music. You never know what you’re going to get with his music, but you know it’s going to be absolutely fantastic. Regan’s music is a blend of traditional folk-rock and modern inflections. Bob Dylan, Neil Young, Woody Guthrie and other artists have been cited as influences. He was even called “this generation’s answer to Bob Dylan” by Lucinda Williams. He’s even been compared to the Shins, Damien Rice and Nick Drake. Fionn Regan’s music is likely to be enjoyed by fans of these artists.

Regan has released many great songs. We were also blown away by the similar sounding Fionn Regan song “Dogwood Blossom” and August Gilde’s single “What The World Is Waiting For”. It’s obvious that Gilde draws some influence from Regan. 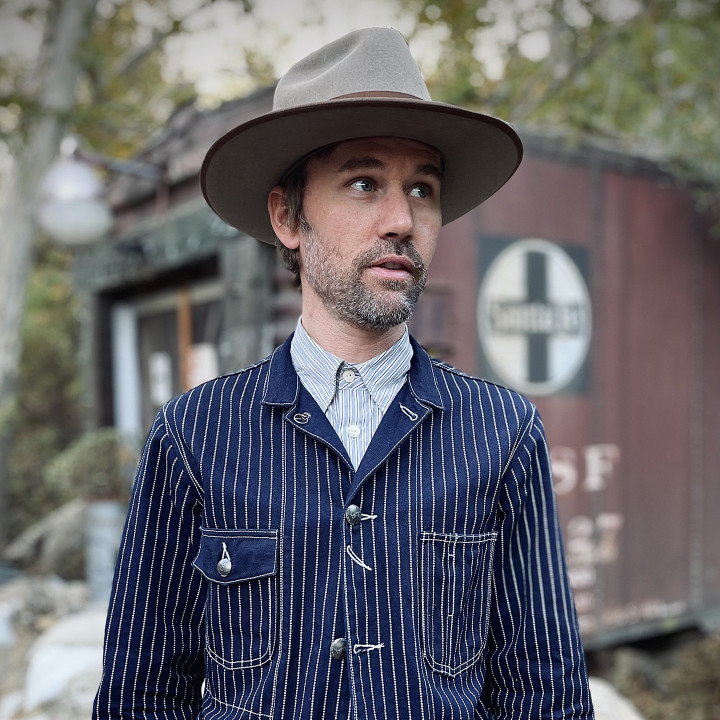 For nearly two decades, Willie Watson has created modern folk music rooted in older traditions. He’s a folksinger in the classic sense: a singer, a storyteller and a traveler, with a catalog of songs that bridge the gap between past and present. On Folksinger Vol. 2, it acts as a modern interpreter of older songs, passing on its own version of the music that came before it.

Gospel of the South. Railway songs. Delta blues. Irish fiddle tunes. Appalachian music. Folk Singer Vol. 2 makes room for everything. Produced by David Rawlings, the album perpetuates a rich tradition of folk music: sharing and exchanging old songs. Long ago, the 11 compositions that appear on Folksinger Vol. 2 were popularized by artists like Leadbelly, Reverend Gary Davis, Furry Lewis, and Bascom Lamar Lunsford. However, the songs do not belong to these artists. They don’t belong to anyone. Instead, they’re part of the folk canon, passed down from generation to generation by singers like Watson.

And what a singer he is. With rapid vibrato and a rich range, he breathes new life into classic songs like “Samson and Delilah,” one of many songs featuring harmonies from the gospel quartet Fairfield Four. It’s a balladeur on “Gallows Pole”, whose melancholic melodies are taken up by the slow swells of a four-wind ensemble, and a bluesman on “When My Baby Left Me”, accompanied by a few bursts of slide guitar. . “Dry Bones” finds him humming and howling on a bouncing banjo, while “Take This Hammer” closes the album on a penitent note, with Watson singing skyward alongside a congregation of Sunday morning soul singers.

Arriving three years after Folksinger Vol. 1 – his first release since parting ways with the Old Crow Medicine Show, whose platinum-selling music helped kick-start the 21st century folk revival – Vol. 2 expands Watson’s sound while solidifying its strengths. Several singers and accompanists make appearances, including Gillian Welch, Paul Kowert of the Punch Brothers and Morgan Jahnig, a member of the band Old Crow. Even so, Watson has never seemed more imposing, more confident, more connected to the music that inspires him.

“I’m not trying to prove anything here,” he insists, “and I’m not trying to be a purist. There is so much beauty in this old music, and it touches me deeply. It moves me and inspires me. I heard Leadbelly sing with the Golden Gate Quartet and it sounded fantastic, and I was like, ‘I want to do this. I heard the Grateful Dead do their version of “On the Road Again,” and it sounded like a dance party in 1926, and I wanted to do that too. That’s why I played music in the first place – because it looked and sounded like it was going to be a lot of fun.

Nodding to the past without resuscitating it, Willie Watson shoots Folksinger Vol. 2 into something much more than a rendition of older songs. The album perpetuates the spirit of an almost forgotten era. It taps into the rich core of roots music. It promotes the heritage of American folk. And perhaps most importantly, it shows the full range of Willie Watson’s artistry, pairing his instrumental and vocal chops with a strong appreciation for the songs that shaped not just a genre, but an entire country.