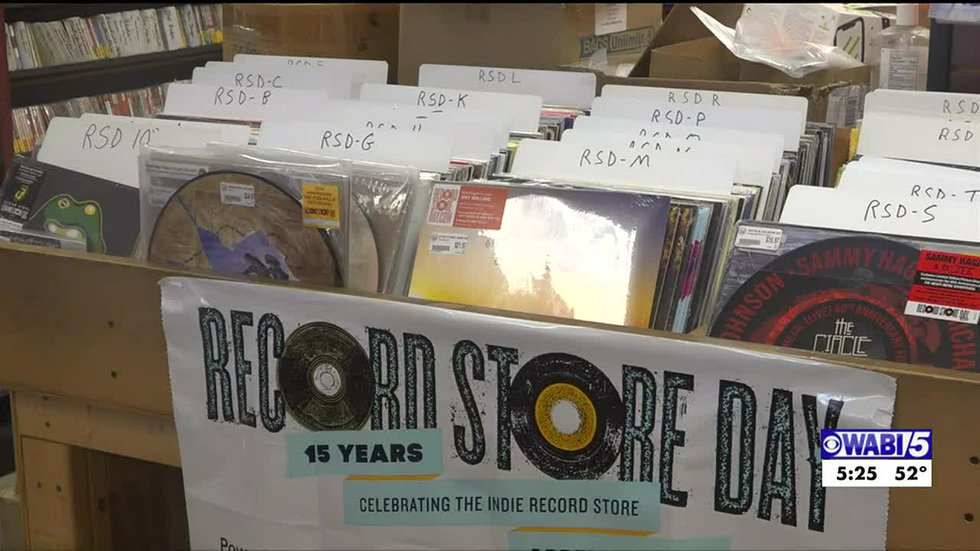 It’s a promotion that shook up the vinyl record industry, and it started in Maine.

Music fans around the world will flock to their local record stores tomorrow for the 15th anniversary of Record Store Day – a promotion that started in Maine.

Chris Brown is the CFO of Bull Moose and one of the creators of the global phenomenon.

“We needed a way to let everyone know that things were going well, that people still liked music, that they wanted to buy music, that they were coming into stores,” Brown said. . “If we all got together and had an event on the same day, it would be like a big vacation. And it turned into Record Store Day.

An idea that has upset vinyl sales.

“When record sales bottomed around 2005, it was a $36 million a year business. It’s a billion dollar industry now,” Brown said.

For many, the best part of Record Store Day is the exclusive releases you won’t find anywhere else.

“What’s really cool is that it was recorded on record store day at a record store. There’s just a bunch of stuff here like the original version of the song Suzie Q,” said Brown.

Regardless of the type of records that make up your collection, vinyl has something special that makes it a work of art.

“They are basically handmade. There’s someone literally taking it off the press, off the spindle, and putting it in a pouch,” Brown said. “It’s all done with someone wearing gloves, there’s no machine handling them. It’s hand-loved all the way. You can do really cool things with records because they’re so big!”

15 years later, Brown’s idea has changed the music industry near and far.

“It made the whole music industry a lot more fun,” Brown said. “It really reinvigorated vinyl, the unlikely comeback. For the most part, these are new activities, which therefore turn into jobs. It turns into higher salaries, it turns into better opportunities for local bands.

A resurgence that started at Bull Moose.