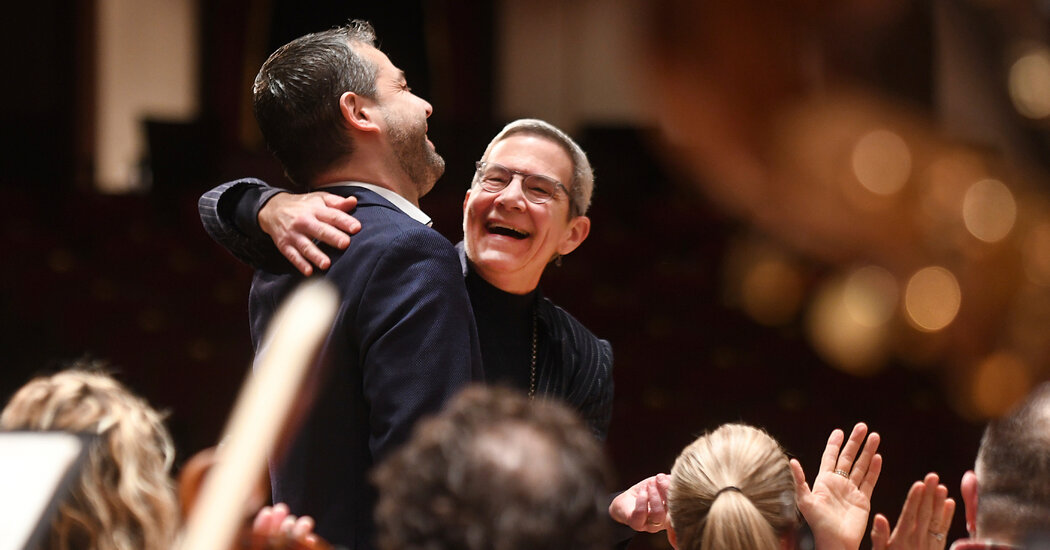 Anne Parsons, who revived the Detroit Symphony, dies at 64

Anne Parsons, who as president and CEO revitalized the Detroit Symphony Orchestra following a bitter strike, using education and technology to attract new audiences, died March 28 in Detroit . She was 64 years old.

Her husband, Donald Dietz, said the cause was complications from lung cancer.

Ms Parsons, who led the Detroit Symphony from 2004 to December 2021, led the orchestra during a six-month strike that began in 2010, one of its most difficult times. She worked to ensure the orchestra emerged from what many saw as a moment of near death, reassuring donors and civic leaders as tensions between musicians and management escalated.

Determined to avoid another labor dispute and eager to make the orchestra a mainstay of Detroit’s civic renewal, she spent the next decade rebuilding the ensemble, investing in live-streaming technology, expanding the programs communities and attracting unconventional stars like Kid Rock to perform. At a time when many American orchestras were struggling with declining ticket sales, the digitally connected and nimble Detroit Symphony emerged as a model for modern ensembles.

“They hit a financial wall and went through a very brutal strike,” said Mark Volpe, who served as president and general manager of the Boston Symphony Orchestra for 23 years. “Instead of conceding and walking away like others have in this context, she had the guts, the perseverance, the tenacity and, frankly, the vision to do something very special.”

Anne Hyatt Parsons was born on November 4, 1957, in Schenectady, NY, to Gerald Parsons, who worked in finance, and Jane (Walter) Parsons, a schoolteacher.

She initially pursued a career in finance to please her father, working as a bank teller during her summers at Smith College.

But Ms Parsons, who began studying the flute as a child, soon found herself drawn to the arts. She became director of Smith’s student orchestra, helping to keep it together during a period of contention over her role on campus.

She graduated from Smith in 1980 with a degree in English. She promised her father that she would return to banking if within a year her artistic career did not work out. But before long, she had started to rise in the arts industry.

She was among the first class of scholars chosen by the American Symphony Orchestra League (now known as the League of American Orchestras). As a young employee of the Washington National Symphony Orchestra, she was the assistant of cellist and conductor Mstislav Rostropovitch, then musical director.

When she arrived in Detroit in the summer of 2004, she faced immediate challenges, including a sharp drop in ticket sales and dwindling corporate support. She worked to revamp the orchestra’s offerings, and in 2008, in a coup, she lured Leonard Slatkin, then music director of the National Symphony Orchestra, to the podium in Detroit.

As Detroit’s economy deteriorated in the midst of the Great Recession and the orchestra’s financial situation grew grimmer, tensions within the orchestra escalated. A strike broke out in October 2010 after the orchestra, citing the difficult economic environment, offered deep pay and benefit cuts. The musicians said the cuts would destroy the high caliber of the ensemble, and they campaigned vigorously against it.

Ms Parsons maintained a firm stance throughout the ordeal. “The board was telling him, ‘You’re going to be the bad guy,'” Mr. Slatkin said in an interview. “But that’s the role, that’s the job. And there were days when I don’t know how she managed. It got very, very vicious. But she stuck it out and kept a positive attitude the whole time.

After six months of heated talks, an agreement was reached. In the end, the players took major pay cuts but kept their health insurance and pensions.

In the aftermath of the strike, Ms Parsons set out to find ways to raise the orchestra’s profile and generate more revenue. She launched a streaming service, one of the first orchestras to do so, and organized overseas tours, including China and Japan. Vowing to make the Detroit Symphony “the most accessible orchestra on the planet,” she also oversaw efforts to expand music education in the city, bringing orchestra musicians to public schools that served a large number of poor families. She also increased the orchestra’s presence in the suburbs, where many of its patrons live, by organizing concerts in churches, high schools and community centers.

Donations increased and ticket sales began to rebound. After running deficits for years, the orchestra posted operating surpluses from 2013 to 2021.

“What I really felt was this incredible responsibility to find a way forward no matter what challenge we faced,” Ms Parsons said. Recount The Detroit News last year. “The alternative for an institution as wealthy as the DSO was unacceptable to me.”

Even some of the musicians who clashed with Ms Parsons during the strike said she had been key to the orchestra’s recovery.

“After the strike, she said, ‘We’re never going to do that again. We need to maintain the artistic quality of the organization,” said Haden McKay, a former cellist with the orchestra who served on the bargaining committee during the strike. “It was a stake in the ground. This put the institution back on a good footing, both financially and psychologically.

Ms Parsons called her move to Detroit with her family the “best decision we’ve ever made”. In 2021, the city named a street just south of Orchestra Hall in his honor.

Besides her photographer husband, Mrs. Parsons is survived by a brother, Lance Parsons, and a daughter, Cara Dietz.

Ms Parsons was diagnosed with lung cancer in 2018, but despite her illness she has kept a busy schedule. She resigned two months after returning from extended medical leave.

“She wanted to be able to say that she had given everything she could give,” Mr. Dietz said. “And that’s what she told me after she couldn’t take it anymore. She said, ‘I have nothing else to give.’

Ms Parsons said last year that her illness had brought to light the “fragility of our world”.

2022-04-04
Previous Post: Outhere Music acquires the Analekta brand and catalog and moves across the ocean
Next Post: Keshi’s ‘Gabriel’ lands first artist of 2022