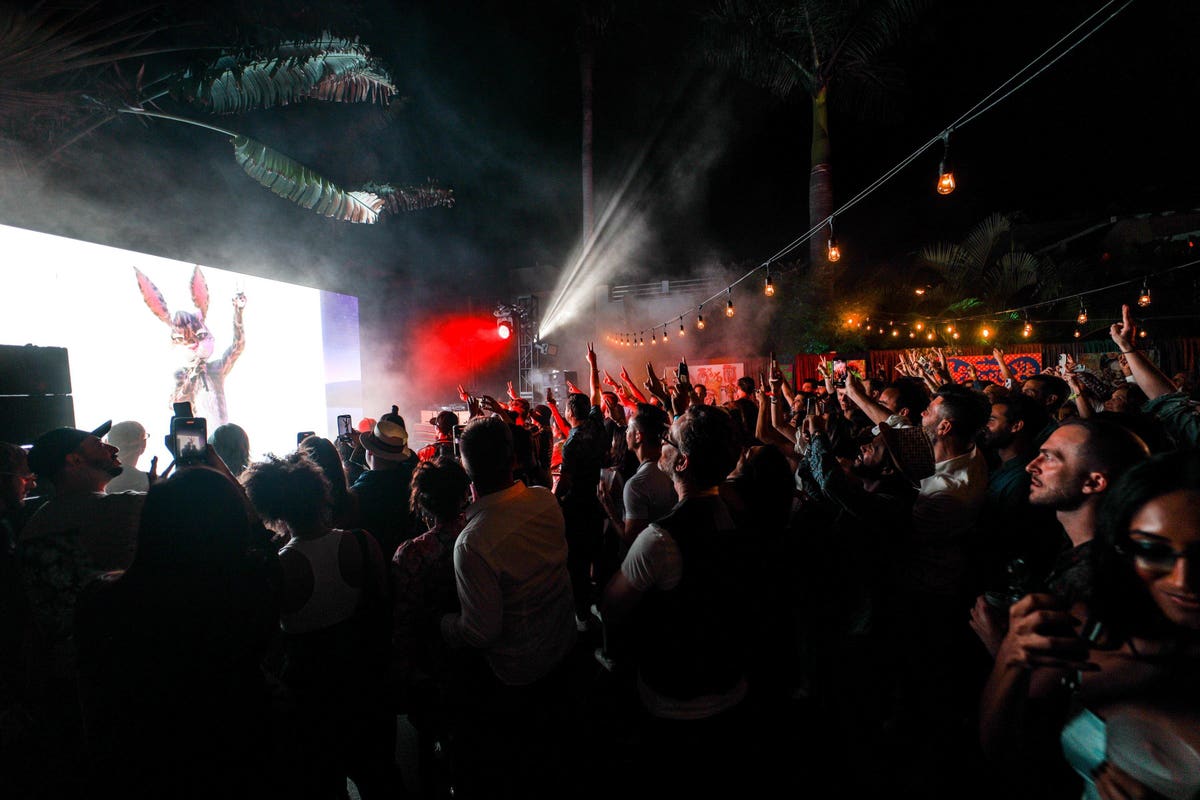 Hume, the technology and music company behind virtual “metastar” angelbaby, has raised $11.7 million in a Series A round to create and fund more Web3-based music artists.

Angelbaby, which Hume previously acquired from FLUF.WorldThe line of digital NFT characters from , looks a bit like the insanely popular virtual social media star LilMiquelabut with a significant sci-fi backstory and a handful of songs created by successful producers/songwriters who have previously worked with top real-world artists such as Grammy winners Selena Gomez, Dua Lipa and Demi Lovato.

Among the artists involved with Hume as investors and advisers are Aloe Blacc and G Money. The funding round was led by TCG Crypto on Thursday, with participation from Collaboration Currency, Winklevoss Capital, the Gemini Frontier Fund, Flamingo DAO, Noise DAO, Distributed Global, and Coopahtroopa.

Hume uses Web3 and the virtual personas it creates or acquires to circumvent some of the limitations of the music industry, while leveraging fan connections and fundraising potential created with blockchain-based technologies. That means “metastar” characters who live in virtual online worlds of the metaverse, backed by the kind of musical talent that helps real human singers put together their hit songs.

“Record labels today are not designed for a digital world and the industry is filled with bureaucracy and policies that limit the connection between artists and fans,” said Hume co-founder and CEO, David Beerer. “We created Hume to build a world of metaverse-native virtual artists and build a platform that leverages NFTs to redefine the fan-artist relationship so the community can actively participate in the creative process.”

Crypto buyers can acquire a stake in an up-and-coming Hume character by purchasing a non-fungible token that gives them a portion of the intellectual property. It can also provide them with a stake in songs associated with that character and other income if they become popular.

“Virtual money is here, virtual people are next,” said Hume co-founder Jay Stolar. “For me, the metaverse and the opportunity to be part of metastars unleashes creativity in a way that we never could have done before. I know a lot of songwriters who are amazing performers but don’t want to perform on stage.

Unlike most existing music companies, Hume pays its songwriters and producers upfront for their time working on a project, and gives creators a share of the resulting song’s royalties and an NFT of the song. which in turn could be sold.

“The Web3 music space isn’t just introducing new monetization models, it’s introducing entirely new genres and experiences,” TCG Crypto partner Jarrod Dicker said in a statement. Through this, fans will be more deeply connected with their favorite artists and the moments that fuel that passion. We believe Hume’s approach will be the driving force behind this next evolution of the music industry.

Stolar and Beiner acknowledge that the approach they use works very well in the Web3 virtual world, but represents a different approach to much of what passes as normal in the mainstream music industry, including the idea of pay songwriters in advance for their contributions.

“That’s one of the big challenges,” Beiner said. “The traditional world still works very differently from the new. There’s Ethereum that comes directly to us (from NFT and character song sales), and writers get paid based on percentages of that. In the real world, (song royalties will work) on Spotify the way it already does. We are not here to fix this system.

But the approach allows the most ardent fans to become upstream investors in the success of a creative talent or talent pool, funding the development process and then profiting from the resulting sales. It also turns those fans into ambassadors for a metastar and their music, while providing near-global access to creative talent to find audiences and support.

“It’s not meant to be a streaming platform, but a new type of relationship between fans and artists,” Stolar said. “We only do virtual artists. Say a child in Tulum (Mexico) or Bordeaux (France) and wants a place to interact with his friends.