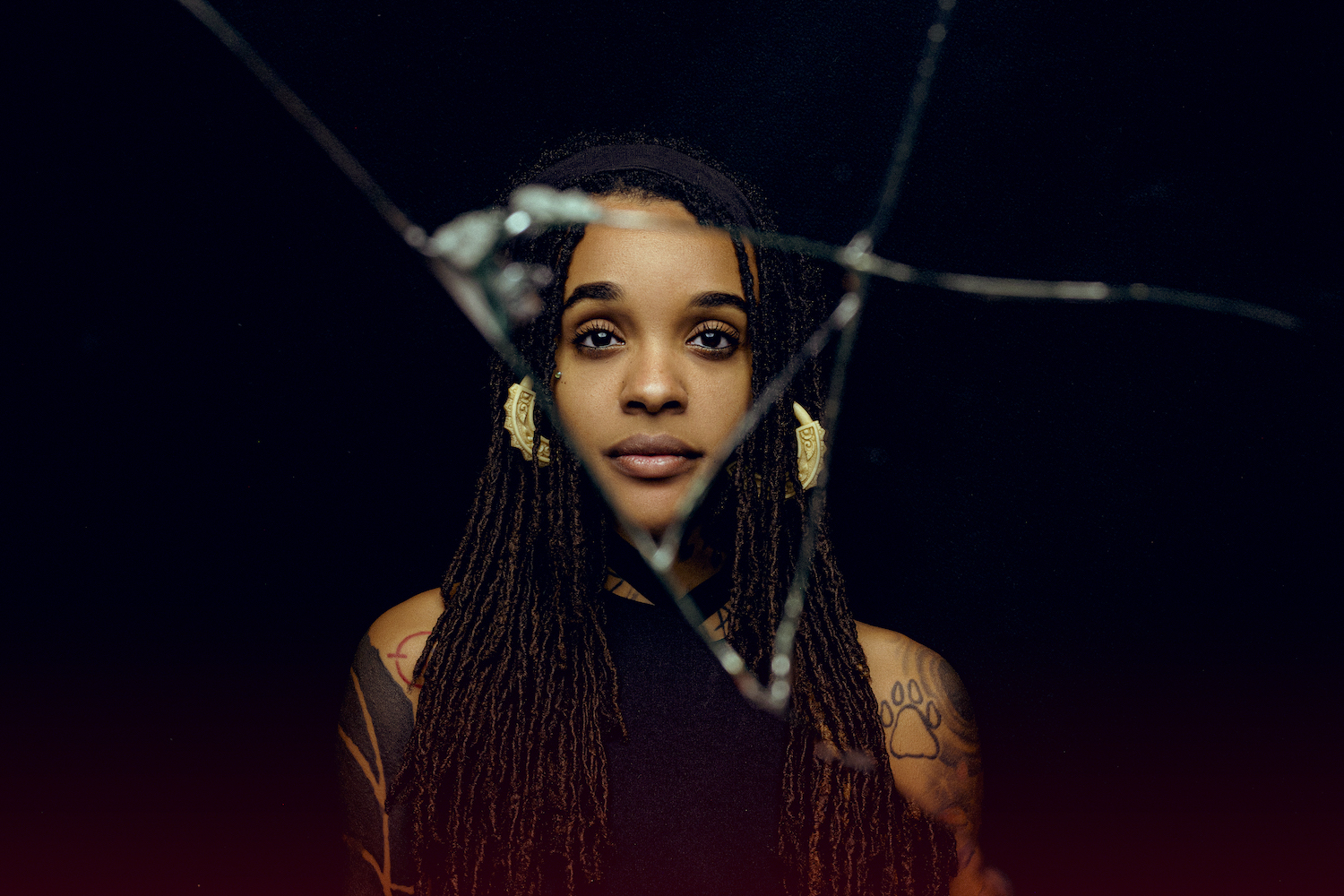 A hundred drums find balance and spirituality in bass music

Denver’s bass scene is gradually becoming saturated with forward-thinking producers and DJs, and standing out among the talent has become increasingly difficult. However, Denver’s A Hundred Drums — a deep bass artist currently making big waves on the national festival scene — is doing just that. For Gabrielle Watson, known on stage as A Hundred Drums, bass music is more than deep frequencies and vibrant soundscapes. It is a tether to the society’s ancestral roots, a spiritual balance balancing light and dark, and a platform to speak about her experience as a black woman in America.

There’s something innately spiritual about Watson’s sound and style, rooted in diverse drumming and deep bass you can feel through your bones. It’s the sound of community, a shared human bond between people that goes back thousands of years.

“Historically speaking, our ancestors would gather around a campfire with instruments and just play like hooligans and dance to feel a little more comfortable,” Watson said. “I think a lot of things happen with us subconsciously during bass shows, and this sub-bass has a lot of magic that physically engulfs us and makes us more present and in the moment. At least for me, that’s a big part of my experience.

Every time Watson takes the stage, she finds a way to tap into that ancestral spirit, drawing the audience into a collective trance as their heartbeats sync to the music. The result is an atmosphere of pleasant awareness, an awareness completely engulfed in every present moment the night offers, as Watson explained:

“When everyone moves with the BPM of a song, there’s this empathic connection that happens where all of our heartbeats start beating in unison.” 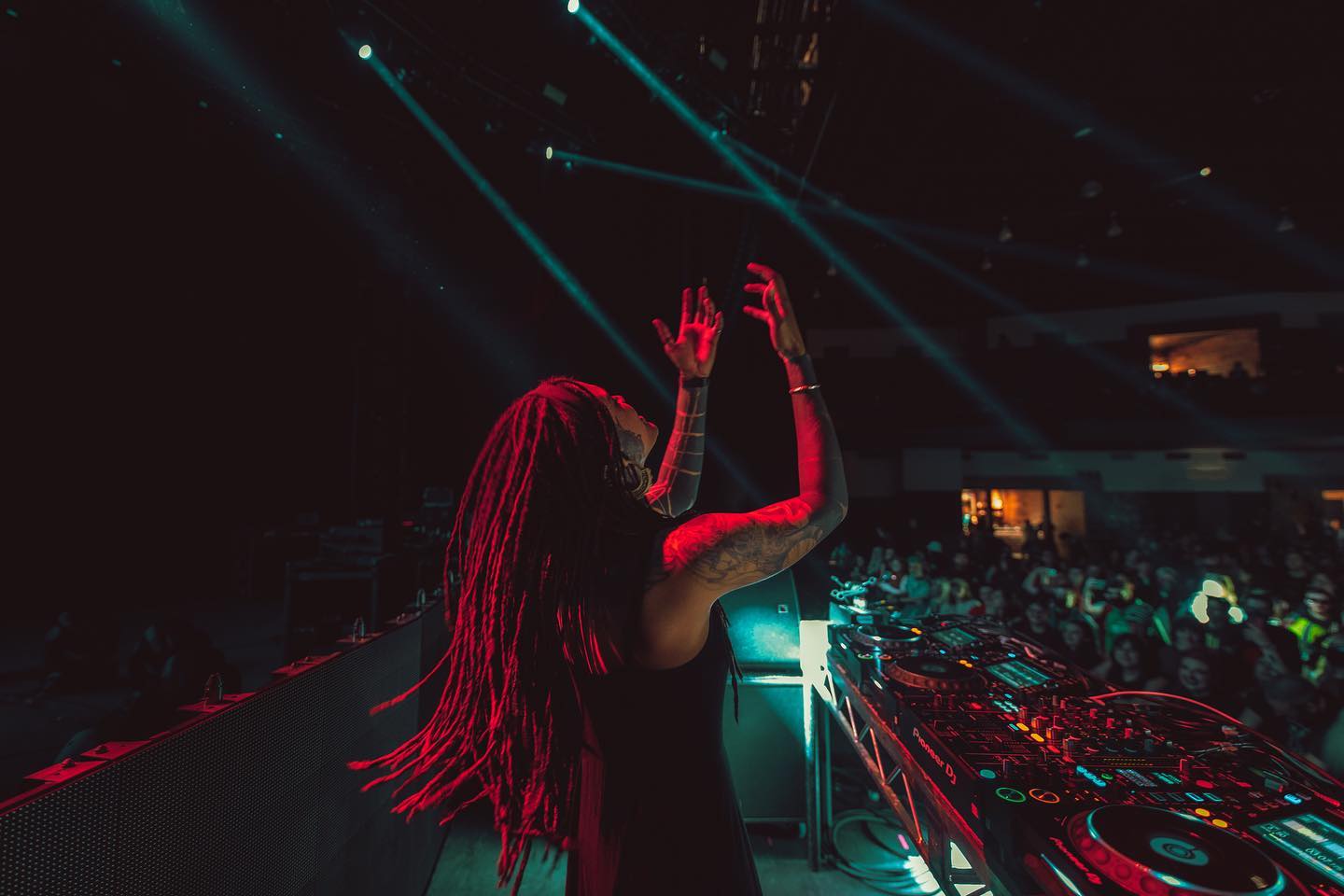 Although Watson often finds herself inspired by African rhythms and instruments, which she says are often “linked to the human spirit and the human body”, there is one instrument she connects with above all others. : drums.

Music has been a crucial aspect of Watson’s life for as long as she can remember, although it took some time for music to take root as her primary focus. After learning clarinet and flute in elementary school, she felt slightly discouraged by her musical abilities, saying, “I just couldn’t master most of the things I tried.” until she starts banging on the drums. . Even still, drumming remained largely disconnected from any coherent musical creativity until it discovered EDM shows and rave culture as a teenager.

Quickly becoming infatuated with this strange new world, she began DJing and producing her own music. It took a few years to refine her signature sound and style, but her creative conviction was impossible to ignore and she began to take her music more seriously in 2014. That year, A Hundred Drums was born. 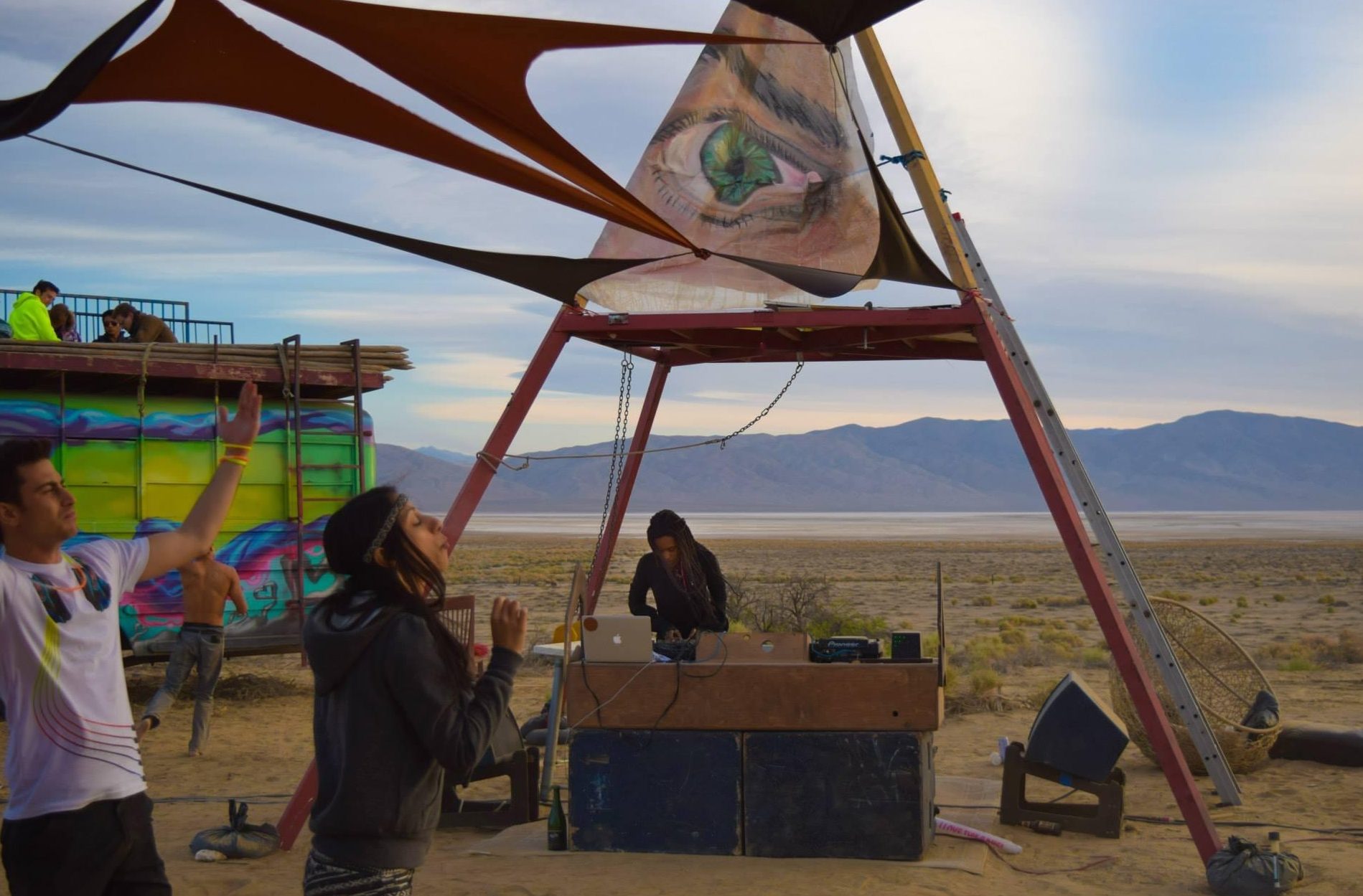 Since then, music has been a gateway to self-expression and an ingrained force in Watson’s life. The music is always playing in her head, a byproduct of what she calls “a producer’s mind.” Even when she’s not making music, she’s still listening, especially when surrounded by the natural world.

“I think we’re exposed to things that can always be transcribed into music, especially in nature… If you have a producer’s mind, you automatically start thinking, like, ‘man, that scream d’oiseau is so cool, these birds singing has a good beat. It’s really cool to hear how organic and free nature is and how that can inspire my music.

Life is more beautiful when you listen to the music of the world, but that does not mean that life is a magical, unshakable ray of sunshine. Life is about balance, a philosophical concept Watson holds dear, guided by her pagan religious beliefs. This idea of ​​balance manifests in its creative process and dark visual components projected during its live broadcast, seemingly inspired by classic horror films like Seen and the ring. Speaking on this dynamic, she explained:

“I just want people to experience the balance between light and dark, because darkness isn’t always evil. Light can be bad sometimes. Because the light was when we see a lot of truth, and the dark kind takes us away from that… A lot of people seem to be afraid of the dark, but really the dark can be a nice space of introspection to prepare yourself for what you’re about to discover in the light. 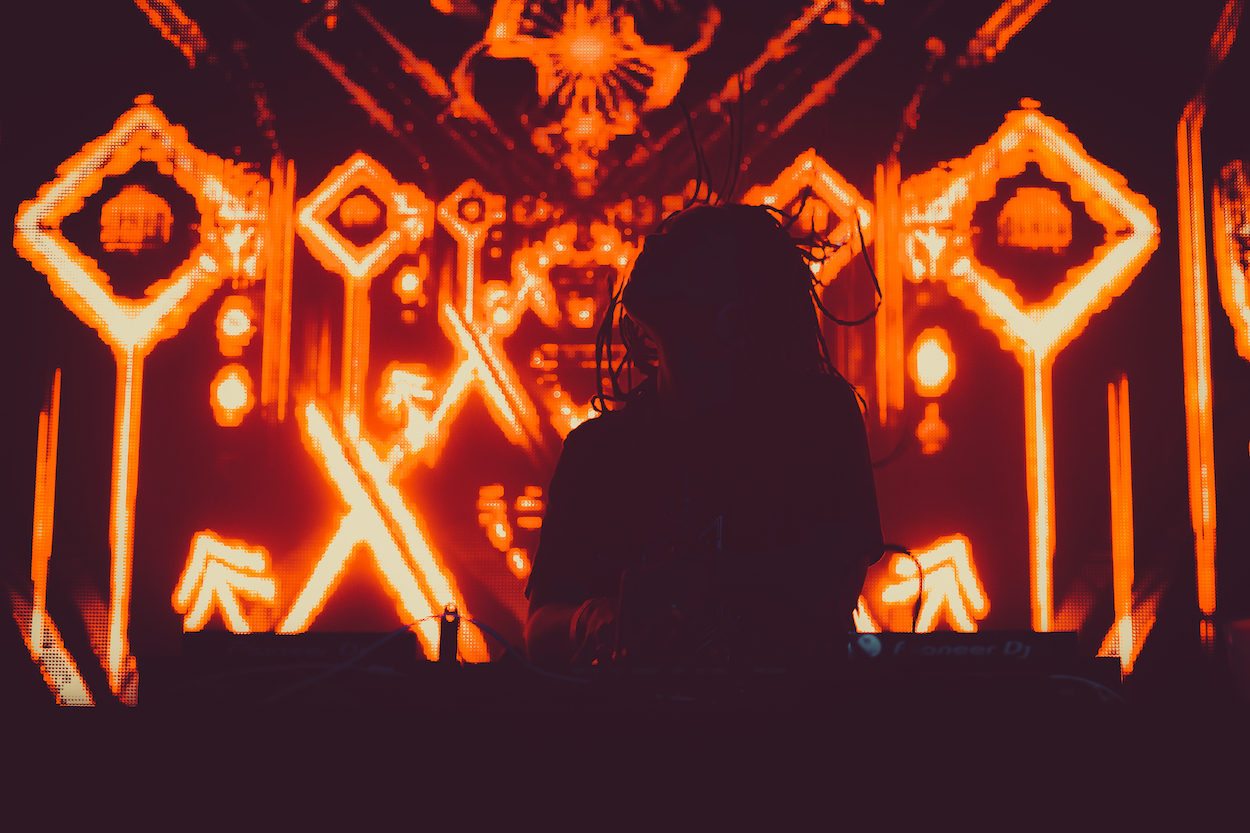 Photo by Mathew Huck via A Hundred Drums

2022 has brought a lot of light into Watson’s life. Countless festival performances, support for REZZ’s “SPIRAL” tour, shows with Zed’s Dead and an outing with DJ After Thought are just a few of the accolades she celebrated in the first few months of 2022, and there are no signs of it slowing down.

Like many of us, it’s sometimes hard for Watson to step back and recognize the progress she’s made and the people she’s touched with her music. Touring leaves little time for self-reflection, and her full-time job as a recruiter-coordinator means downtime is spent financially backing up the ladder to success she’s climbed over the of the past eight years.

Sometimes the realization kicks in when she crosses accomplishments off a long list of musical aspirations. From rocking with Flying Lotus after his set in Okeechobee to performing at the legendary Red Rocks Amphitheater last summer, his dreams are quickly becoming a reality. Sometimes a photographer captures these moments in real time, the awareness and accomplishment written in the smile she wears from ear to ear. 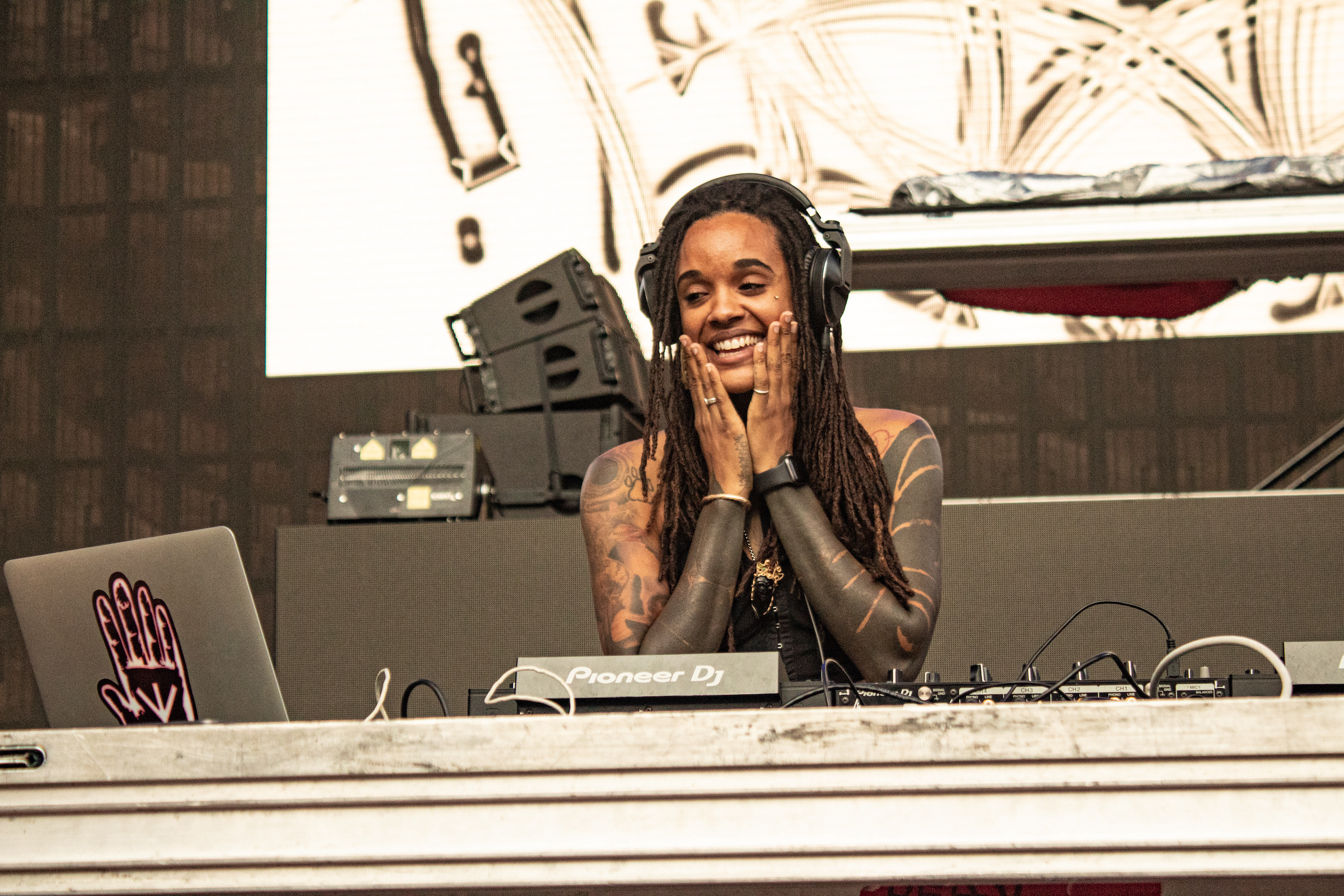 Photo by Franz Hilberath via One Hundred Drums

However, it is impossible to ignore the difficulties that come with her experience as a black woman in a country that has systematically disenfranchised black lives for the past 400 years. But despite the political messages in projects like her 2021 Enough is enough EP, which was released on Deadbeats with unwavering support, Watson doesn’t consider herself an activist, as she explained:

“I’m not some kind of political leader. I’m just someone who wants to keep the conscience alive for some things that are really important.

The EDM industry has a reputation for being inclusive. From the origin of American techno clubs, designed to provide a safe space for the black queer community of Chicago, to the very first dub record, accidentally created in Jamaica, the varied genre owes much of its success to the black creatives who paved the way for its distinct creativity. Unfortunately, today’s demographic of electronic producers and DJs is mostly made up of white males, which Watson is acutely aware of.

That’s not to say there aren’t other black women making amazing electronic music. If you’re curious, Watson suggests doing your own research and finding Black women who are breaking gender barriers. Two of his industry favorites are tech-house artist Honey Luv and downtempo bass-trance artist Canvas. 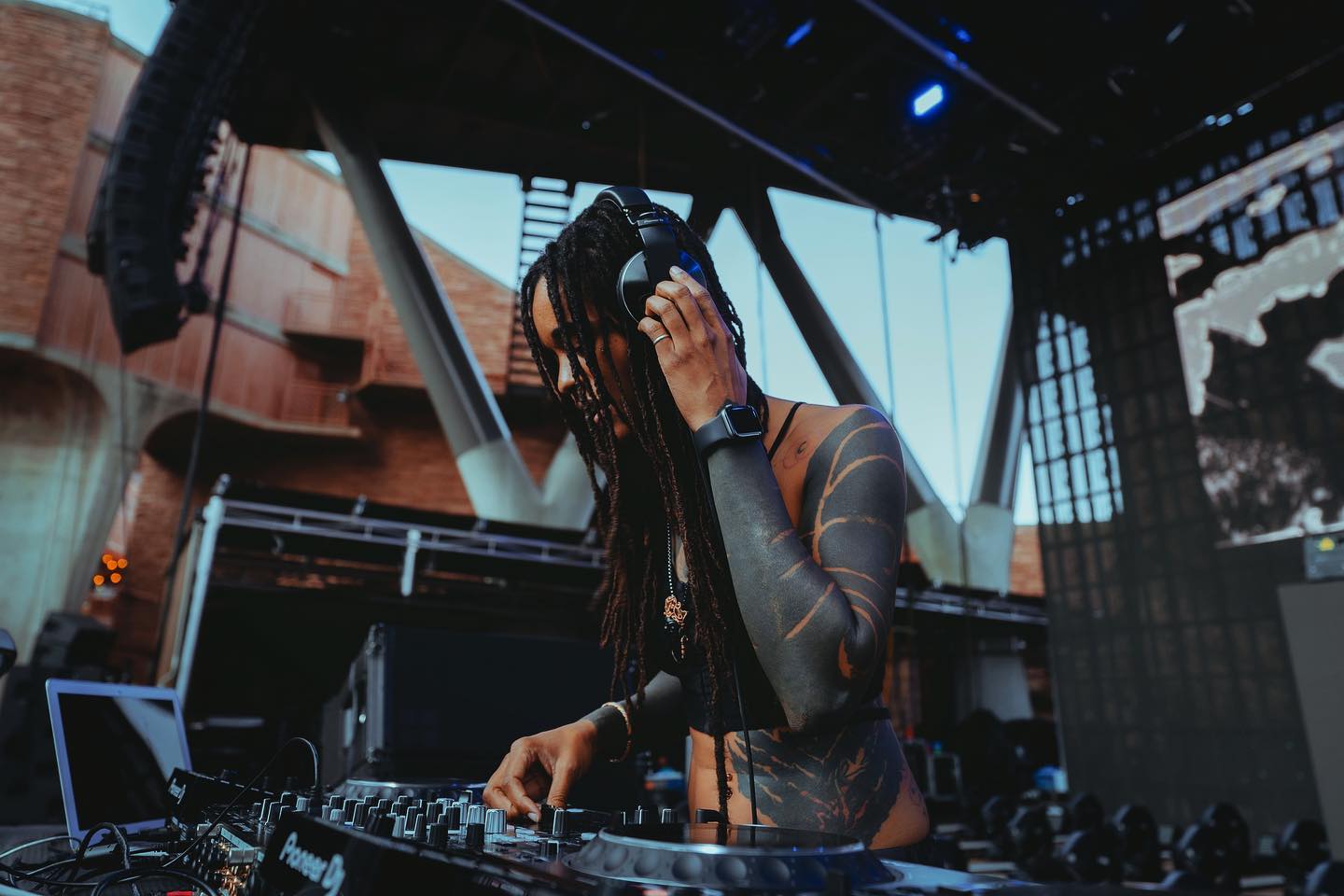 Photo by Blazej via Hundred Drums

Pushing the boundaries of the electronic world is much more than music. It’s about respecting history and culture. Artists like A Hundred Drums defy expectations, giving a piece of themselves to the world through mesmerizing bass music and creating a spiritual experience, balancing dark and light through sound and visuals. But this is not enough. It’s time for the electronic industry to live up to its inclusive reputation and start showcasing black and female artists across the creative sonic spectrum. Watson thinks it starts with the promoters.

“Promoters often book what they know sells, book what they see is hot instead of taking the time to find undiscovered talent and give them a chance to shine. I feel like a lot is missing in there. [industry]and if we did more of that on a larger scale, I think we’d be more likely to see a lot more diversity in the scene.

As she prepares for a festival this summer, fresh off the “SPIRAL” tour with REZZ and a recent release with DJ After Thought, she looks forward to a great year of explosive performances and collaborations with some of the most creative minds in the industry. One thing is for sure, you will hear a lot more about A Hundred Drums from now on.