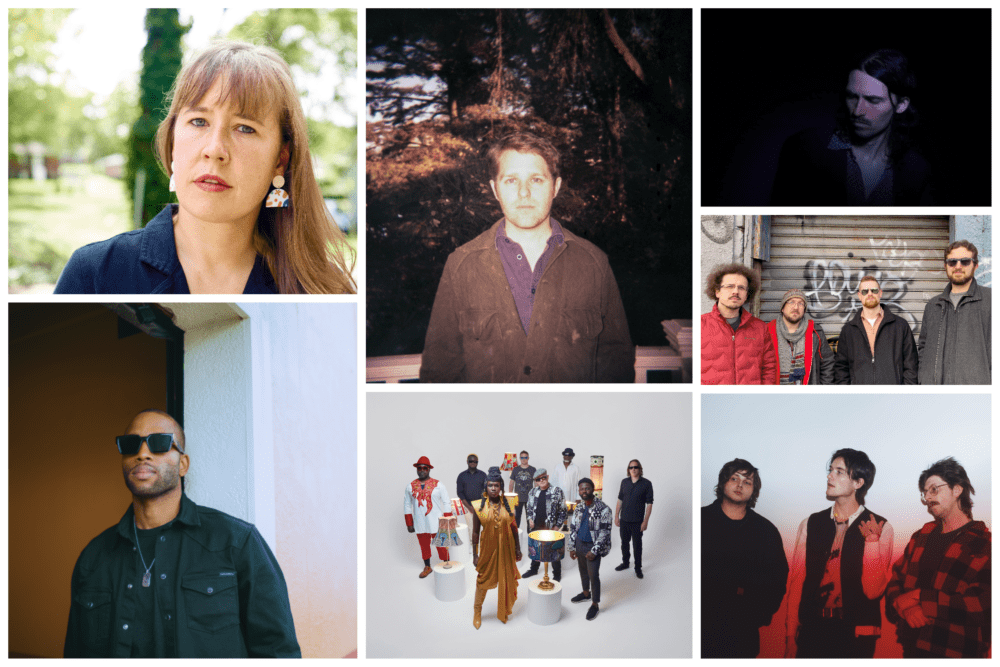 7 musical releases to listen to this spring

Two years ago, the United States shut down – a mind-boggling thought.

In my spring music guide from last year, I referenced a note of optimism from the 2021 music calendar, and I can confidently say again that I feel the same way about this year. A nice consistency over the past two years is the resilience and creative opportunism of musicians around the world. Maybe I’m just too cold and looking for a reason to feel good again, but there’s a kinetic side to the music I’ve been enjoying this early spring that feels electrifying to me.

Today, I bring you seven novelties that affect me to varying degrees. As always, there are a good handful of Boston-area artists who proudly represent New England; elsewhere, we will find a few artists as conceptual and sound ambassadors from their regions of the world. From sultry folk and fast-paced Afrofuturism to searing jazz fusion and avant-garde psychedelia, we’re marking two years of COVID-19 with a hearty spread of compelling new releases. I hope to be able to drop the schtick virus next year.

Indie folk singer-songwriter Kaiti Jones received a warm reception for her second album “Tossed”, released last March, and now she’s back with a collection of new singles to usher in her next era. The latest installment of Jones’ “Weaker Daze” project finds her collaborating with Darlingside’s Harris Paseltiner as the duo navigate a stark, brooding cover of Bob Dylan’s “It Ain’t Me Babe.” Like the sultry vocal mix of She & Him, Jones and Paseltiner merge their bass and rich vocals in sweet unison.

Grace Jones meets Fela Kuti meets LCD Soundsystem; that’s how I would describe ‘Electricity’, the tense new release from London-based afrofuturist band Ibibio Sound Machine. Spinning and crackling with pops of crisp synth lines like a powerhouse on the fritz, standout album “Protection From Evil” plays like a frenzied session, vocalist Eno Williams’ towering vocals springing from the backbeat with spiritual urgency . This is a band to keep on your radar.

Boston’s long line of jazz fusion – best exemplified by Pat Metheny, John Scofield and Kevin Eubanks – has greatly influenced and influenced modern jazz with its academic backbone and experimental prowess. On “Where Were We?”, the debut album from fusion collective City of Four, saxophonist Mike Caudill leads the quartet through tangential compositions that display each instrumentalist’s effortless ability. Debut single “Orbs” showcases the genre at its quintessential: heavy jazz chops underscored by syrupy bass and jerky rhythm changes.

On “Devil For The Fire”, the fifth album by Boston indie post-punk trio Vundabar, singer/guitarist Brandon Hagen chooses to explore the human brain in a real way; he dove deep into the subconscious genre of film noir and read studies on neuroplasticity. Such bookish source material, driven by a range of punky and gritty compositions, results in an album of arty allegories linking the winding roads of life to the complex neural pathways of the brain. In short: Melodic charm, hirsute and deeply poetic.

Dietrich Strause, ‘You and I must be out of my mind’

The upbeat folk songwriting that inhabits “You And I Must Be Out Of My Mind,” Boston singer-songwriter Dietrich Strause’s fifth studio album, is full of dreamy promise, like the sight of a summer sun from the backseat window. Flanked by a top-notch production team – whose past collaborations include Bon Iver, Sufjan Stevens and Lake Street Dive – Strause’s lush compositions and keen ear for arrangement, as heard on the single “Out Of Mind”, fall somewhere between the spectrum of Andy Shauf and Paul Simon.

New Orleans’ Trombone Shorty has been kicking off the holidays with their hard-hitting, festive funk since the early 2000s, and their latest attempt, “Lifted,” elevates the celebration even further. Bandleader Troy Andrews’ first album in five years pulls out all the stops — massive riffs, soulful hooks, lots and lots of horn — without infringing on novelty; not only can he absolutely shred the trombone, but the guy can really sing. It’s an ideal spring outing: Cheerful and irresistibly fun.

While writing his debut album, “The Sleepwalker” (slated for re-release in May), Noah Deemer began hypnotizing on Manhattan’s Upper East Side. One could call the album’s unsettling psychedelia the high point of these sessions, with each song representing the twisted chapters of a trance hallucination. Channeling the more forgiving backchannels of 70s DIY counterculture, “The Sleepwalker” sounds like a forgotten treasure from 50 years ago, like an unreleased Mort Garson record with a New York twist.

2022-03-21
Previous Post: Physical media are a gift that keeps on being given | David Mitchell
Next Post: Why Tencent Music Entertainment Exploded Today